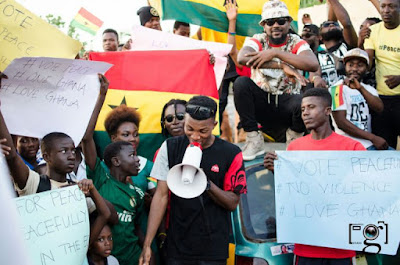 Multiple hitmaker Samini stormed Mantse Agbonaa (Accra Central) together with his fans and music lovers to shoot video for his banger ‘Opanaraay’.
The music video was directed by Yaw Skyface of Apstairs and Samini himself is responsible for production, due to hit the screens anytime soon. 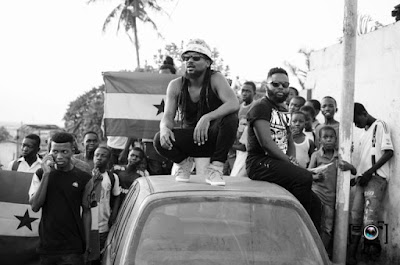 Samini has been very busy in the past week shooting new music videos, with some involving VGMA Songwriter of the Year (2016), Kofi Kinaata. He shot for #Mantse and others as well.
Here are some photos from the videoshoots:
(Story: George Annor-Ansah)