Home BREAKING NEWS Ghana Rap Game – Preference over Best
Facebook
Twitter
Pinterest
WhatsApp
Rap, like every other art involves a lot of skill and hard-work. For one to call himself or herself a rap king or queen, I believe the various elements of the art should be present. Whether the artists is doing a street song or a real “gammy” rap aiming after winning awards, it should be evident that this is the work of a genius. But this is usually not the case. Unfortunately!

But the listeners being the ones who are usually the judges, a lot could be done by them to push our rappers to up their game. But this doesn’t happen. Ghanaians choose best rappers based on things like the communities these rappers come from, what charitable work he or she did the last time, how many albums he or she has(though this can be a measure), when he entered the game, his or her international recognition, his or her attitude towards the so called big guys in the game, the bloodline of musicians he or she is from, how much profanity they have in their rap and even sometimes their tribe. Very unfortunate! Though some of these things such as international recognition can tell a success, left on its own cannot. It needs to be coupled with other factors- The elements of rap. These basis is killing the correct motivation and criticism we are supposed to give to our musicians. And because of this we don’t “show them love” even-though they’ll always say on stage and in interviews and songs “thanks for the much love”. So the best rap artist then becomes our preference and not delivering to suit the title “rapper” they place on themselves.

Let me lay a few examples in the current rap game to illustrate my point.

1. Origin. How many guys from Tema will agree Flowking Stone is better than Sarkodie? Or how many guys from Kumasi will side with an argument that Sarkodie is better than Flowking Stone? There’s always an attachment to the person from the community which more often than not blinds our judgement of who’s the best. But as human as we are, this is quite understandable when it comes from the fans. Because they are fans right? But when it comes from those who claim to know everything about rap, then our state becomes really awful. Like a judge in a court should be, we are supposed to look at the merit of the case and not emotional attachment of any sort.

2. Content and delivery is also usually a huge misunderstanding. Let me use the two above mentioned artist again as an example(This is not in any way a comparison between the two). I listen to Flowking Stone and Sarkodie very much. In fact I can say I’m the first person to catch a cold transmitted through these guys if listening to their music was capable of doing that. When Flowking released “Mekyeakyea” it was my least favorite of all the singles he had released since “Too Strong” but to my surprise it became his most sung and popular song. I asked myself “do Ghanaians have an idea what we are doing to this fine rapper?” Number 1 featuring M.anifest did not receive that much acclaim. Too Strong did not.  Robot did not. So why Mekyeakyea? Because everyone can sing? Or the concept is catchy? Well if it comes from the fans, no wahala. But the moment I heard the so called Gurus doing same I was kicked. This is not to say that the song was not a masterpiece. But as compared to his previous releases this shouldn’t have made a mark. But it did. More than all the others. This is an example of the reception that comes from the public that “music people” should help correct.

What of “Hand to Mouth” by Sark? Best content from him ever! But I ask “if one exceeds 80 out of 100 are we still left with 20? Why will Sark do that to out little ones. This is a country that already has a huge problem with mathematical education. So why will Sark do that to our little ones and everyone keeps quite. Is that Sarkological mathematics?  Or the same one we all learned in school. But check who has and will tell him anything. Not even the lecturers he “spat on” to let the ladies alone. But we love Flowking and Sark so we say all hail right? Preference over Best there. 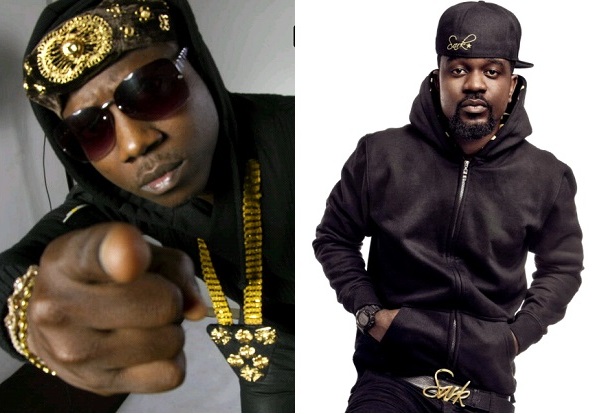 3. When they brag. Bragging is essentially a part of rap. But can you imagine Kanye West bragging about having something he actually doesn’t? He won’t dare because Marshall will tell him to shut up in a few seconds. And he will shut up because it’s an anti in the game. But come to our country and start listening to these rappers. They brag of things they’ve never held or experienced before. I was saddened to read in the news a rapper having to go and answer to the police for buying a used car which was allegedly stolen. I paused and asked myself “is this not the same guy who said in one of his songs he sends his house keeper with a Lamborghini?” Why will we give ourselves the opportunity to be ridiculed? Must you say that? Or is it one of the things I call the sins of rap -by force rhymes? Whichever it is I was expecting the so called critics to come out quick and say “man, you shouldn’t do that!” Really rappers dream and work to accomplish what they dream. Not to act to have what they don’t have. But Preference over Best right? It should be said as the other guy did- “I’ll quench my pain with a black Bugatti”. That’s more “rappy”.

4. Itchy ears. Listeners always have itchy ears caused buy “wanna say” lips. Guys always have things they want to hear and say so if it is said in your music, hurray. Though that gives our rappers and musicians what they usually want (commercialization), it usually reduces the importance we place on its quality. Music should certainly provide the base everywhere and every-time. But when it suits the occasion doesn’t make it best. The fact that “Kakai” is the “I’ll force you to dance” should not be judged close to a piece like “Kill them with Prayers” by the same artist when it comes to which is best. It should be the same with rap. A popular song or party song does not make it best. That’s why “Thinking out loud” won the best song against others like “See u again” at the Grammy’s. When our itchy ears are scratched and our timid lips are helped to open, that’s not best. Best is when our minds are used and our hearts wrapped and warmed!

There are lots more to talk about on this topic but precept upon precept is the best way so I’ll hold and plead with Ghanaian people who love music to please critically criticize our rappers when they put mediocre out there. When they stray from the line of the rap culture. When they form a mafia and decide you should be here to be known. When they begin to think they’ve won our hearts so we will patronize if they just cough on a beat. When they teach wrong math. When they just scratch our itchy ears and do none other than that.