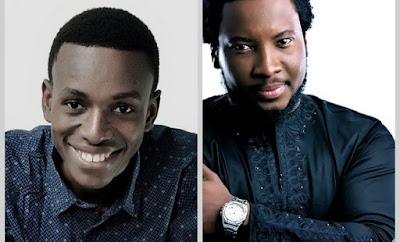 Sonnie Badu promised to take care of Yaw Siki after a video of the latter’s interview with Joy News went viral on social media.

Yaw Siki had said in the interview that he lives on preaching the gospel– a story which touched Sonnie Badu to announce his intention to sponsor him for the next few years.

“I would like to meet this young man who has moved from being secular artiste to a preacher on the bus  … I would like our ministry to sponsor him for the next few years… It will not be easy with the decision you have made as there will be a long suffering, however we are here to let you know that you made the right decision .. #yawsiki”,” Sonnie Badu posted on Instagram.

But speaking to KMJ on Daybreak Hitz, Thursday concerning news of his rejection reported by Graphic Showbiz, Yaw Siki confirmed and quoted the Bible as his basis for respectfully rejecting the offer. According to him, Sonnie Badu should not have come out publicly to declare his offer.

“I love my brother Sonni Badu so much and I respect him. What he did is an act of righteousness but Matthew 6:1-4 says, ‘…So when you give to the needy, do not announce it with trumpets, as the hypocrites do in the synagogues and on the streets, to be honoured by others. Truly I tell you, they have received their reward in full. But when you give to the needy, do not let your left hand know what your right hand is doing, so that your giving may be in secret…’ So based on this word, I am not able to take the offer,” he noted.

Asked if he needs help, Yaw Siki answered that he will not reject any offering. He stated that when the news on living on preaching went viral, he has had a number of assistance from certain quarters.

“God is in control. So many people have approached me and expressed interest in supporting me to win more souls,” he said.

“It depends on what God tells me. God knows what is best.

He debunked assertions that he has rejected Sonnie Badu’s offer because he has had many options.