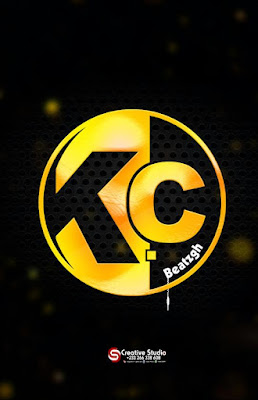 The outspoken, articulate music Sound engineer/producer Collins Sarpong, musically known as K.C  is always bursting with joy and in a sober mood. In the past few months K .C Beatz has produced and recorded Ghanas most  trending  Songs which is trooping across Africa ,Europe and America. with an unmatched musical legacy .

A typical example is the recent beatz he Produced for Flowking stone ,Fire Bon Dem , Kunta Kinte of bradez fame  Feat Emere , The resurrection of Kunta which is getting attention , and seems to be the most trending song now in Ghana .

Trust me, If you are to ask some young folks of the new generation who the best is, currently it will absolutely and certainly be K.C BEATZ the epitome of what being a beat maker is all about. He plays the most primal expressions of respective genres. Breakneck velocity of his productions is like been made in a secret metal laboratory. His songs have a brute utilitarian functionality. He does not do drugs, so his music making is not influenced by any inducement.

K.C is here again with  a new open Beatz  for the public users , willing that any talented artiste , been star or upcoming who believes in him or herself  must  do their all to murder the beatz and bury it live .

This most anticipated Beatz is set to be release on Thursday 24 March 2016, the title of the beatz jam as ( Hard Rythm ) . Keep eyes here and be part of this activity .