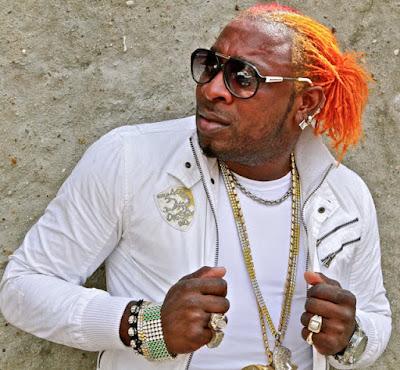 
The Jamaican ace musician, Elephant Man can’t make it to Ghana for the country’s 59th independence celebration event dubbed “Pulse TurnUp Concert” due to visa complications. Elephant Man revealed to a top source closest to 13play.net that he and his crew are stagnant in France due to serious complications relating to flight transit. They are strictly bound to acquire a Schengen visa without which a transit to Ghana is totally impossible.

The Pulse TurnUp Concert comes off right tonight [4th March, 2016] with three Jamaican artistes on bill, namely: Alkaline, Kranium and Elephant Man. Alkaline and Kranium are already in Ghana now and have even made their slated serial radio and TV interviews ever since they arrived.

On Elephant Man’s Ghana-Event History Sheet, the record proves that this is the second time he has disappointed Ghanaians. The first was in 2014 when he was booked for Ghana’s annual reggae-dancehall award event dubbed BASS Awards. He intentionally didn’t show up, citing the widely-broadcast incredibility of the award scheme. He never made any move of coming to Ghana that time, unlike this time when he’s made a move.

The Pulse TurnUp Concert is a highly anticipated event and a good chunk of the prospective audience bought their tickets purposely to go get a face -to-face crazy feel of the “Energy God Experience”, thus, their purpose would be defeated should Elephant Man miss the stage.
On the real, due to his un-coming, hundreds (perhaps thousands) of fans won’t turn up to TurnUp , if Ele’s set  is their sole fantasy. Elephant Man’s absence is a huge potential drop in profits.

We, baffled:
Why didn’t Elephant Man’s management make the necessary prior checks regarding the official processes involved in their movement en route France before leaving Jamaica?
Why did they wait this long until it was half a day to the event before moving, whereas they knew Ele would be needed for radio and TV interviews to trigger a huge turn-up?.
Now, should Elephant Man fail to be in Ghana for the show, will the retainer deposit already paid to him be refunded to the event organizers?

We concludes that both Elephant Man and his entire team are unimaginably negligent. They acted unprofessionally, thus, their action is intolerable. They simply, don’t know a very big half of their job yet.  Their complacency is critically condemnable, even as neither Alkaline nor Kranium can do anything extra to fill Elephant Man’s absence.

Without Elephant Man, the Pulse TurnUp Concert lacks that longstanding authentic Jamaican stage experience. Alkaline and Kranium are good, but neither can do 30% of what Ele does. The “Energy God” is yet irreplaceable.