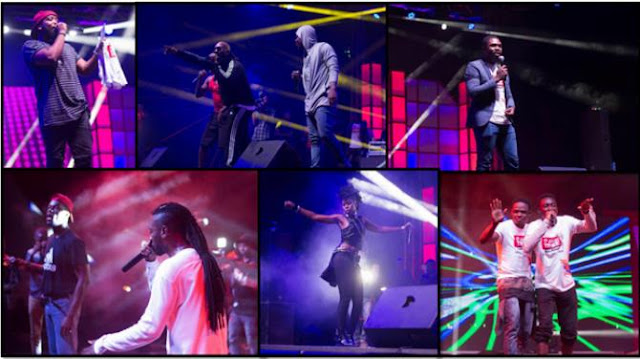 
· This is part of the Airtel Trace Music Star Train activities to engage prospective participants of the Africa’s most patronized music talents competition;


· The train is on its way to Kumasi, Takoradi and other cities across the country; and,


· The national winner of this season’s competition will be awarded GHC 50,000 prize money and an all-expenses paid trip to Lagos for the Pan African finale. 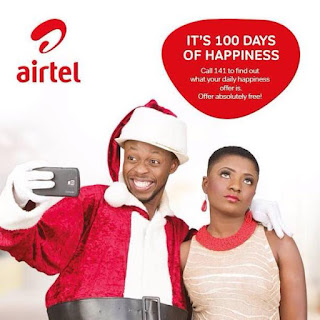 Accra, 15 th March 2016 – The true definition of “lit” was alive last Saturday at the Airtel Trace Legon Hall Artistes’ Night. VVIP, Pappy Kojo, Joey B, MzVee and many other up and coming talents rocked the night with songs and amazing stage performances.

The event which had a massive turnout was organized as part of the Legon Hall Week celebrations to revel African music and music talents and also bring the euphoria of the continent’s biggest music competition to the students of University of Ghana.

After outdooring the second edition of the highly patronized music contest, Airtel Ghana and TRACE are touring the country with the Airtel Trace Music Star Train to spread the euphoria in the major cities and engage target audience.

Speaking on the train, Cornelius Kakrabah Head of Brands & Marketing Communications at Airtel Ghana said, “The Airtel Trace Music Star Train will be moving from city to city bringing the excitement of the competition and giving people the opportunity to win this life changing competition. We are presently on the University of Ghana campus engaging the students and giving them the opportunity to compete in Africa’s most innovative and biggest music competition.”

“Airtel Trace Music Star is also supporting one of the biggest hall week celebrations in the country, the 64th Legon Hall Week with music powerhouses like Shatta Walle and VVIP during the artistes’ night. Almost all students joined us on Saturday for a big celebration of music talent for the Airtel Nirvana Artistes Night at the Legon Hall University of Ghana,” he continued, saying, “This season of Airtel Trace Music Star contest promises to be even more exciting and will see the national winner walk away with a whooping GHC 50,000 prize money and an all-expenses paid trip to Lagos for the Pan African finale.”

“As a leader in Corporate Social Responsibility, we pride ourselves with such great initiatives that unearths and grooms local talents for the international stage. Our partner, Trace is one of the leading music and celebrity platforms in Africa so this gives all competitors’ worldwide media exposure, networking and world class talent grooming that will launch them onto great heights in their music career,” Mr. Kakraba concluded.

Airtel Trace Music Star is a breakthrough music competition which has simplified the otherwise tedious auditioning processes that typifies most music competitions. All prospective participants need to do is to simply call the short code 533, record a song and stand the chance of winning a life changing contract with a record label, a mentorship programme with American singer-songwriter Keri Hilson in Atlanta and worldwide media exposure through various TRACE’s platforms.

About Bharti Airtel
Bharti Airtel Limited is a leading global telecommunications company with operations in 20 countries across Asia and Africa. Headquartered in New Delhi, India, the company ranks amongst the top 3 mobile service providers globally in terms of subscribers. In India, the company’s product offerings include 2G, 3G and 4G wireless services, mobile commerce, fixed line services, high speed DSL broadband, IPTV, DTH, enterprise services including national & international long distance services to carriers. In the rest of the geographies, it offers 2G, 3G and 4G wireless services and mobile commerce. Bharti Airtel had over 353 million customers across its operations at the end of January 2016. To know more please visit, www.airtel.com

About Airtel in Africa
Airtel is driven by the vision of providing affordable and innovative mobile services to all. Airtel has 17 operations in Africa: Burkina Faso, Chad, Democratic Republic of the Congo, and Republic of the Congo, Gabon, Ghana, Kenya, Malawi, Madagascar, Niger, Nigeria, Rwanda, Seychelles, Sierra Leone, Tanzania, Uganda and Zambia. Airtel International is a Bharti Airtel company. For more information, please visit www.airtel.com , or ‘like’ the Airtel Ghana Facebook page via www.facebook.com/airtelgh or follow us on Twitter via the handle @airtelghana.