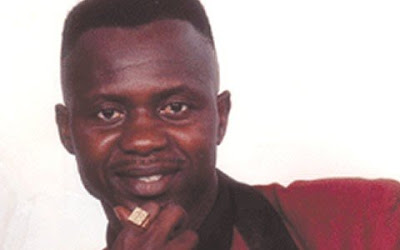 Ghanaian Comedian Yaw Donkor, popularly known as Nkommod3 has died.
Sources close to the family disclosed to Myjoyonline.com that the comedian died at a hospital around 3:00pm, Friday.
He was bed-ridden and had suffered kidney, liver and bladder problems in the past.
He left Ghana for London in 2002 when he was at the peak of his career. There had been reports that he had been jailed in London for cocaine related issues but he refuted those claims.He said he owed some people some amount of money but he had sorted them out.
He later returned to Ghana and starred in a few movies before his unfortunate demise.
He won the Key Soap Concert Party Champion of Champions competition for three consecutive years.
Nkomod3 defeated local comedian Kwadjo Buabeng also known as Bob Okala in 1996, to win it for the first time.
He beat another comedian called ‘Original 32’ to win the ‘Champion of Champions’ for the second time; in 1997 and beat Agya Koo known as Kofi Adu, the third time.