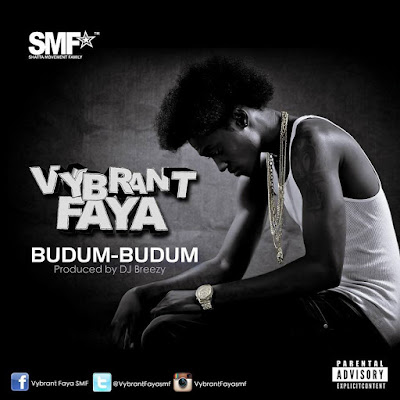 It’s been over a year since Ghanaian  Dancehall artiste, Vibrant Faya, released his song, Mampi, which gained a lot of airplay .Just last week ,Dancehall artiste Vybrant faya  released a new single entitled budum-budum which means shake ur boobs. Vybrant Faya made hit last year and early this year with his song Mampi and won awards at the GNBANK Awards for Most Popular song of the year .His new Banger for the year Budum-Budum was produced by award winning producer DJ BREEZY. The song is available for downloads on all his social media handles. Vybrant Faya in an interview said he believes this new song will be a hit just like his first song “mampi. He further explained that he made this song for Ghana girls so he would shoot this video in Ghana By STEVE GYAMFI ,OF REAL FILMS WHO HAS WON  BIDDING CONTRACT OUT OF FIVE TOP DIRECTORS TO SHOOT BUDUM BUDUM VIDEO………………………….