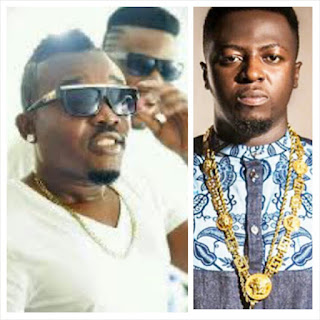 Ghanaian hip-life STARS, Ruff  N Smooth have released a video evidence to their current controversy between them and their colleague STAR , GURU, over the “Send Your Fire” performance in Gabon.

The “Send Your Fire ” hitmakers, in some weeks ago have been in a heated grudge with Guru. They are demanding the sum of $20000 from Guru for performing their track “Send Your Fire” in Gabon on the 12th of September, 2015.

According to Ruff N Smooth, they had told Guru not to perform the track since they also have a show in Gabon which they will be performing the track of which Guru did not listen. This led to the cancellation of the deal which could earn them $20000.

Guru and his management in relation to this issued a statement later claiming the fault was from the Gabonese DJ who dropped the track. Meanwhile, a video released by Ruff N Smooth as evidence on YouTube shows Guru going this way; “We are about to start the game. You want us to start the game”? This was followed by a massive crowd response on top of their voices, seeing Guru and the audience singing the song “Send Your Fire”.