May 30, 2015 ENTERTAINMENT NEWS, NEWS Comments Off on I’M NOT CASTRO AND I DIDN’T COPY HIM- DRAG B FINALLY SPEAKS OUT 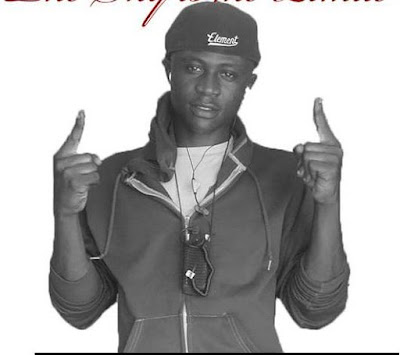 Since the released of his new song dubbed “Answer” featuring O’tion, official producer of international label “Higher Level Records”, Drag. B has been compared to Ghanaian best vocalist Castro who went missing while vacating at Ada resort. The young upcoming artist finally breaks his silence and speaks out to address the comparison saga.  The artist and his Record Label based in United States released a joint Press statement to the media today to clear out the circulating news that he is duplicating Castro.  Drag B said in the press statement that he admire and respect Castro because he is one of the best vocalist in the music industry and his legacy continues even though nobody knows  his where about. Drag B believes the reason why many Ghanaians are comparing him to Castro is because of his vocals and his backing style.  The singer and rapper said there are clear differences between two of them and he want to be recognized as unique talented artist but not a copy of someone.  Quoting him “I want the world to recognize my God given talent which I discovered in early ages. I have been singing and rapping since at the age of 6 years and I been doing this backing style ever since. I would like to ask everyone to please not compare me to Castro because I haven’t reach to his level.  Finally I will like to take this opportunity to thank all the media houses, Djs, promoters, bloggers and everyone that have been supporting my music and recognizing my talent”.
Written by LadyBoss