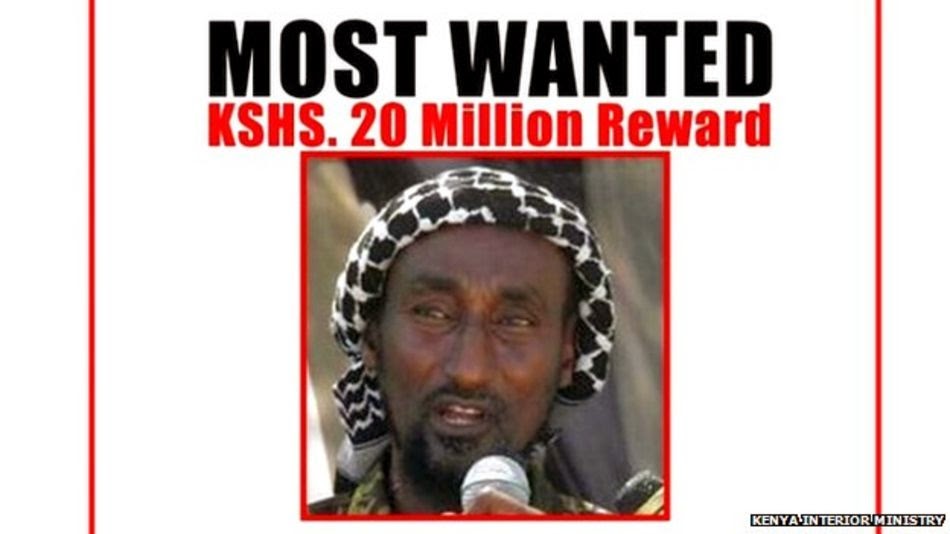 The Kenyan government has named Mohamed Kuno as the mastermind behind the Garissa University College attack and has put a $215,000 (£145,000) reward for his capture.
He has several aliases but is best known as Mohamed Dulyadin, which means ambidextrous in the Somali language. His exact age is not known but is thought to be in mid-30s.
Kuno is a Kenyan-Somali and was a headmaster at a madrassa, or Islamic school, in Garissa, Kenya until 2007.
But then he crossed the border into Somalia to join the Union of Islamic Courts (UIC), which at one point controlled much of the country.
Joined al-Shabab
When the UIC collapsed he joined the militant group Hizbul Islam, which in 2010 merged with al-Shabab.
A BBC Somali service reporter says that Kuno is well-known as a hardliner in Somalia and is one of al-Shabab’s leading operatives in the southern Jubaland region, which shares a long border with Kenya.
He is alleged to have been behind several attacks on Kenyan soldiers who are fighting al-Shabab in Jubaland. He is also blamed for attacks on Kenyan civilians in Kenya itself.