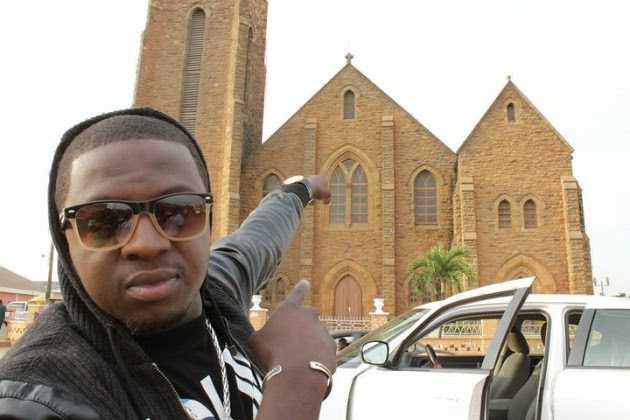 The Management of NKZ Music will like to  seriously caution individuals, panelists and journalist who falsely accuse their artist,Guru, of any wrong doing without prove or facts to stop.

It is sad to see that as other countries are promoting their artist with words of encouragement and positive actions , in Ghana some individuals who should know better have chosen to drag the hard end reputation of some artist down because they have refuse to do their research, reason, investigate or interview the people they want talk about to know the truth before they talk.

Over the years we’ve turn a blind eye to some of this accusations but now we’ve seen some individuals and journalist who should know better with their educational background  also making  false accusation and analysis without facts.

One of such individual is one Arnold who allegedly works for Razz news paper.

This gentleman sadly  made some false and defamatory comments on GTV entertainment review show on the, 6th of April 2015 ,which makes one ask if he really knew what he was saying. It very worrying this gentleman is also a journalist, a writer and most of the time a panelist member for most entertainment shows, because if he could talk without fact on Guru’s issue what is the guarantee he has not been feeding the public lies concerning other matters.

It is very sad for our artists and the Ghana entertainment industry if even industry professionals can not even give the truth or make the right analysis.

And even if its their own opinion is should come with the truth because once you appear on television the public most of the time take the information given as fact and the truth.

NKZ Music team understan  and welcome constructive criticism which is genuine and identify correction to be made to improve the artist career and grow the industry, not false ones that is designed to bring our hard earned reputation down.

And televisions and Show producers should make sure panelist and people given the platform has the right information before given the chance to talk because it take years to build a positive image but just a second to destroy it.

So from now any Slanderous communication or false accusation will be taking as an attack on the Artist name, brand and reputations and will be taking as a defamatory action which will attract the proper legal action against the individual, team or group.

We want to also take this opportunity to thank all media houses,organization and individuals who have in anyway contributed to the success of Guru.