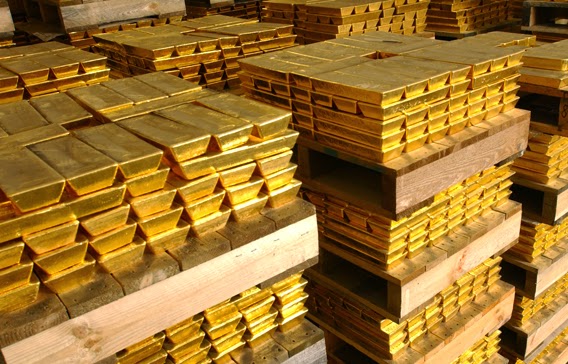 Ghana’s export revenues from the minerals sector amounted to five billion dollars last year, reports from the Ministry of Lands and Natural Resources, has stated.

According to the report, the sector, employs about 32,000 people in the large scale sector and more than 1,000,000 in small scale mining.

It contributes an average of 40 per cent to the state’s revenue and 17.5 per cent of the total national corporate tax earnings.

Mr Ben Aryee, a Technical Adviser at the Ministry of Lands and Natural Resources, who made this known, emphasized that the Ministry would continue to support reforms in ensuring that the extractive sector revenues due the state were paid by operators.

He was speaking at a workshop on the 2012/2013 Dissemination Reports of the Ghana Extractive Industries Transparency Initiative (GHEITI) in Sunyani, on Thursday.

Mr Aryee noted that despite all these gains in the mining sector, questions were being continuously asked not only about the sufficiency of mining’s contributions to the national development effort, but also the wellbeing of mining communities.

He, therefore, urged companies engaged in mining activities, a large number of which had foreign percentage, to be open, fair, and transparent and uphold best practices just as they do in their home countries.

Mr Franklin Ashiadey, the National Coordinator of the GHEITI, noted that mining remained a significant issue for District Assemblies and communities as mining operations had both a social effect on the surrounding communities as well as a financial effect through the revenues accruing the assembly’s budget.

According to him, the GHEITI 2012/2013 reports revealed that mineral royalties and other funds were used by the local authorities to finance recurrent expenditures rather than development projects that would benefit the local mining communities.

Mr Ashiadey noted that the lack of proper accounting for and reporting of the use of mineral royalties, and the lack of dedicated bank accounts at the district level for mineral royalty receipts made tracking and the monitoring of the revenue difficult.

The reports showed that disbursement of mineral royalty from the Office of the Administrator of Stool Lands (OASL) to the districts was done in tranches not in full thereby causing significant delays in payment of the funds directly to the districts from the regional offices of the of the OASL.

He explained that the GHEITI, which was introduced 10 years ago, with narrow focus on revenue transparency, had now broadened its scope along the whole value chain requiring accountability and transparency along the entire extractive sector value chain.

Mr Ashiadey observed that revenue transparency, the core remit of the GHEITI, could only be achieved with cooperation of companies, governments and civil society.