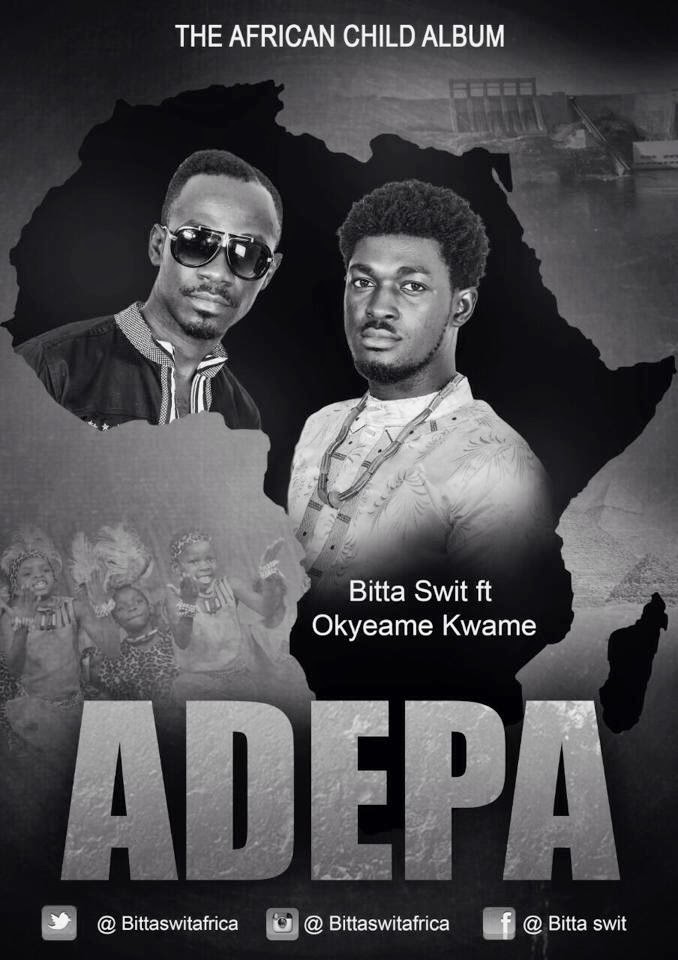 The Afropop bilingual singer / rapper ,Michael Oduro with a stage Name Bitta Swit aka The African Child is set to make another huge mark on the music scene as he releases a new single featuring one of the renowned Ghanaian artist In the music industry Okyeame Kwame .

The new single titled Adepa drops on Early May 2015 and would be premièred live on all radio stations across the continent .

The song will soon after be made available for free downloads online.
Bitta Swit has successfully enjoyed airplay with his songs “go crazy” “Jouer” and “Forbidden Fruit” across the world. He promises to release the video for Adepa which will feature the movie super star Kofi Adjorlolo next month Bitta Swit has made a mark in the music industry and we wish him the best of luck as he sets to release the album as well called “The African Child”