Woyome Must cough up the ȼ51 million- AG assures

March 13, 2015 BREAKING NEWS, NEWS Comments Off on Woyome Must cough up the ȼ51 million- AG assures 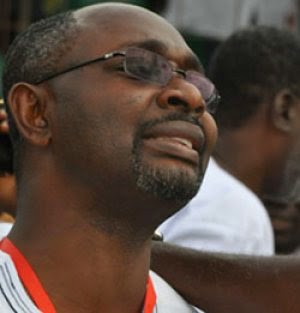 Attorney General and Minister of Justice has made the strongest indication yet that the state will retrieve the GHC51 million judgment debt “illegally” paid to Alfred Agbesi Woyome.
Mrs. Marietta Brew Appiah-Oppong said the state will not relent in pursuing the case at the highest court of the land, the Supreme Court, and will make sure that the money which has been a subject of controversy for years, is refunded.
The embattled businessman was Thursday acquitted and discharged on the counts of causing financial loss to the State and defrauding by false pretence, after he was accused of illegally receiving 51 million cedis for his role in the construction of stadia for the CAN 2008 tournament held in Ghana.
Presiding judge John Ajet-Nassam said the State failed to prove its case in the 51 million cedi judgment debt case it brought against him, describing prosecution’s handling of the case as sloppy, shoddy and lousy. He said the Attorney General’s Department only succeeded in wasting the time of the court.
Mrs. Marietta Brew Appiah-Oppong said her office has taken note of the judgment by the High Court but raised serious reservations.
“We respect the High Court but completely and totally disagree with the judgment,” she said.
The Attorney General said the State has applied for a copy of the judgment, which would be ready next week. “We will study it and as a department we will decide on what next step we will take,” she stated.
Marietta Brew Appiah-Oppong underscored: “Let me place on record that the Supreme Court declared that the payment of GHC51 million of Mr. Alfred Agbesi Woyome was illegal and ordered that he refunds the money.”
She was resolute: “We are pursuing it in the Supreme Court, we have started the process of recovering the money and we intend to continue with that process.”
It is not clear if the State would contest the judgment within the next three months.
Meanwhile, Musah Ahmed, counsel for Woyome, who was insistent that the State had no case from the onset, said he is happy the ruling went in their favour. “It is a good day for us,” he emphasized.
Though the Attorney General said she totally disagrees with the ruling, “we on our side agree with it”, Musah Ahmed pointed out.
“We are fully satisfied with the ruling,” he told Evans Mensah on Joy FM’s Top Story, stressing that he doubts if the state will succeed should it decide to appeal against today’s judgement.