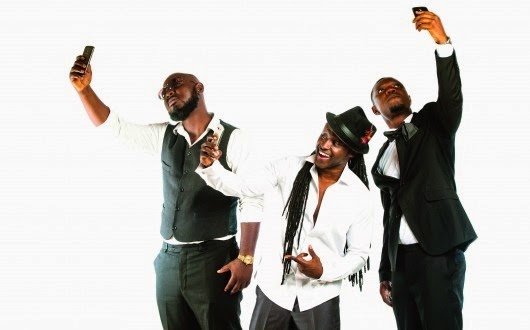 Over the last few days, there has been serious debate about the origin of the hiplife genre of music in Ghana, and the musicians who originated this genre. Some Industry stakeholders such as Panji Anorf attribute the originators of hiplife to names other than the name we all know, and refer to as the ‘Grand Papa’ of hiplife – Reggie Rockstone. According to Panji, Reggie did not originate Hiplife; he only made it popular.

As if this assertion was not enough blow to the ‘Grand Papa’, the Vodafone Ghana Music Awards (VGMA) Board nominates and places VVIP’s ‘Selfie’ in the hiplife category of this year’s awards instead of the Hip pop catergory which the group intended their song to be placed under. According to the board, the song ‘Selfie’ is a hiplife song and not hiphop like VVIP wanted them to believe.
This development in the nomination process is what angers Reggie Rockstone, a member of VVIP. He says the VGMA board comprises a group of arrogant individuals. ‘For me, for anybody to argue with me about what hiplife is, is gross arrogance because whatever I say hiplife is, is what it is! In fact, I know more than all the people on the board…I originated hiplife…I live hiplife’, the ‘Grand Papa’ angrily said in a telephone conversation on the AM PLUZZ show.
He also reveals that his group, VVIP, had made it clear ‘Selfie’ was a ‘hiphop’ track while filling the VGMA nomination form. It is his opinion that the board could have called him when they got confused about the genre in which to categorised the group’s song. ‘If we wanted to produce a hiplife song, we wouldn’t have gone into the studio and come out with ‘Selfie’. Hell no’. He added.

The 2015 Vodafone Ghana Music Awards comes off in April and VVIP looks forward to winning an award or two.
SHARE IT