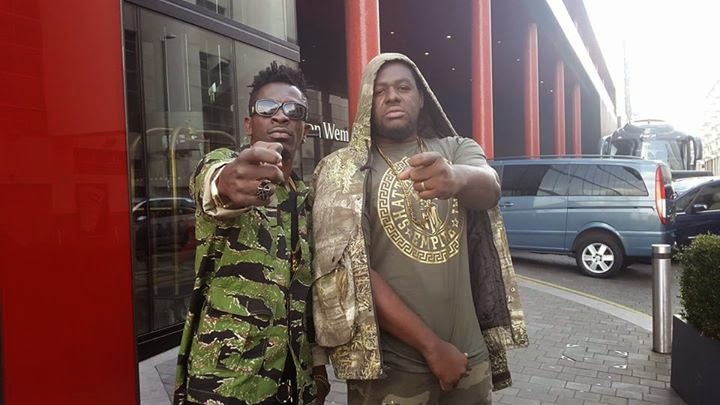 Not long we heard that about eight UK police officers Troops into shatta wales hotel at Hilton London Wembley on Friday, 27th March,which got his fans worried.
with continues investigation we here by to confirm that the police were there for a good reasons. ,below is a comment made by his personal manager Bullog .

A lot of inboxes… Sorry i could not get back to you earlier on the UK Police incident… There were about eight police officers at our hotel, Hilton London Wembley on Friday, 27th March. Apparently they had heard a lot about Shatta Wale and wanted to meet him. They were at Wembley stadium for an assignment and were on lunch break at the hotel’s restaurant and heard the King was lodging there… We were astonished and humbled at their visit. Apparently one of them was in Ghana last July and took Shatta’s songs back home and since then they have been following him religiously. We are thankful to the Jah and the fans across the world for bringing us this far. #SMBH #sikanhyira #magicalyear #worldtour #London