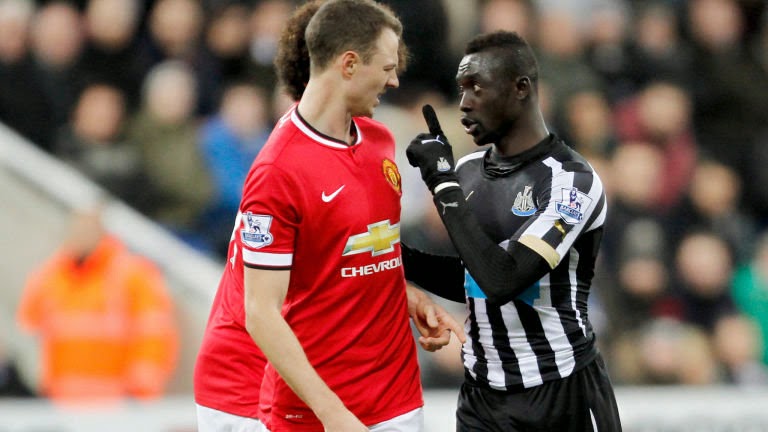 Cisse could now serve a seven-match ban after admitting the charge, having already been suspended for violent conduct earlier in the season.

That would rule him out of action until May 9 which would involve five away Premier League matches including Newcastle’s clash with Sunderland at the Stadium of Light on April 9. Evans is yet to respond to the FA charge.Evans and Cisse were involved in an incident five minutes before half-time in Wednesday’s Premier League fixture between Newcastle and Manchester United at St James’ Park.During the game, Papiss Cisse and I spoke about the incident and it is clear by my reaction in the television footage that I was totally surprised by any suggestion of spitting

Jonny Evans
Television pictures appeared to show Evans spitting at Cisse as the Senegal international rose from the turf after the pair tussled for the ball with the game goalless.

Cisse apologised for his actions on Thursday and said he will learn from his mistake and urged others not react in the way he did.

“I reacted to something I found very unpleasant. Sometimes it is hard not to react, particularly in the heat of the moment,” said Cisse.

“I have always tried hard to be a positive role model, especially for our young fans, and yesterday I let you down.

“I hope children out there playing football for their clubs and schools this weekend will know better than to retaliate when they are angry.

“Perhaps when they see the problem it now causes me and my team, they will be able to learn from my mistake, not copy it.”Newcastle’s managing director said the club are fully behind the 29-year-old’s decision to accept the charge.

Lee Charnley said: “Both ourselves and Papiss agree that this kind of behaviour is not acceptable.

“In life, when you do something wrong you have to front up, admit your mistakes and accept the punishment. Papiss was proactive this morning in making a full and heartfelt apology, which he did in advance of any notification from the FA regarding this charge.

“This was something he felt strongly about and we fully support him in quickly accepting the charge. Papiss is known to many of our region’s schools, community groups and junior football teams for his involvement in the work of the Newcastle United Foundation.

“He has this evening expressed to us his strong desire to engage in additional community activities during the period of his ban.”He is particularly keen to use his position as a role model to encourage young and influential fans to engage in sport and learn lessons about the importance of fair play and personal conduct.”

Northern Ireland international Evans has denied spitting at Cisse, while his manager Louis van Gaal jumped to the defence of his centre-back by saying: “I cannot imagine that Jonny Evans could do something like that, and he’s also said that. I believe him.”

Evans added: “I was totally unaware of any spitting incident and had assumed that the issue at the time was with the challenge and his attempted retaliation to the tackle from the floor.

“During the game, Papiss Cisse and I spoke about the incident and it is clear by my reaction in the television footage that I was totally surprised by any suggestion of spitting.”It is not in my character or in my nature to spit at anybody, nor is it something I have ever done or would ever do. It is certainly not something that I did last night.”
Keep reading more updates >> posted by Bright Dwomoh 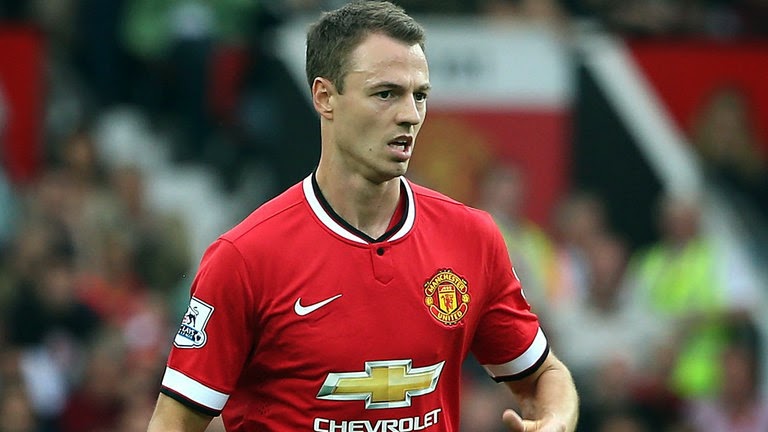