March 19, 2015 ENTERTAINMENT NEWS, NEWS Comments Off on Nothing will change about me and how I relate to my colleagues-Sarkodie Challenges 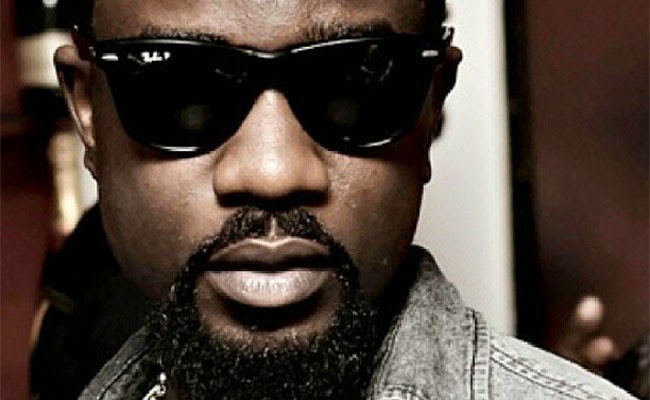 Ghana’s celebrated rapper, Sarkodie, has allayed the fears of his fans about his well being after one Prophetess Maame Gladys proclaimed last week that some musicians who are jealous of his success will attempt to “spiritually break him down”.
The Adonai rapper who seemed not perturbed by the “doom prophecy” had this message for his admirers. “Fear not, the Lord is with me”.

In an interview with Showbiz on Monday, Sarkodie confirmed that he had heard about the prophecy but was not moved because he has a strong faith in God to protect him from his “enemies”.

“I am not worried at all. I believe in the one true God who has been my source of power and fame since I hit the limelight. I am a very prayerful person and my team as well. I don’t think that any weapon formed against me shall prosper when I have a good heart and truly serve my God,” he stated.

According to the prophetess  who resides in Asamankese, she had a vision  that, the You Go Kill Me hitmaker’s success has become a bait to attract enemies to himself because “he always sweeps all awards whenever he is nominated, therefore he, Sarkodie, serves as a threat to them”.

“In the meantime, what I can tell Sarkodie is to fast and pray else the plans of those evil musicians are likely to come true. As much as I have been praying for him, I wish he also does same by praying for himself,” she said.

But Sarkodie who confirmed to Showbiz that his management had contacted Maame Gladys as she requested said he appreciates her concern for his life but had always sought God’s face in all his endeavours in the past as she admonished.

When asked if the prophecy will restrict his relationship with some of his colleagues in the industry, the multiple award winning artiste responded in the negative.

“I don’t think anything will change about me and how I relate to my colleagues. You see, in this world, when you have a good and pure heart, God blesses you. My tool of success is because I have always sought the well being of other artistes.

“I am a free spirited person who loves and appreciates diverse talents. I willingly support my colleagues when they need my assistance. The music industry shouldn’t be about just me,” he stated.

Born Michael Owusu Addo, Sarkodie is highly regarded in Ghana and beyond for his lyrical prowess as a rapper and a leading hiphop/hiplife artiste on the Ghanaian music scene.

Sarkodie, who was honoured with the Artiste of the Year award at the recently held Ghana Music Honours at the National Theatre has many awards under his belt including the Best International Act at the BET Awards which he won in 2012.

He received the highest number of 11 nominations at this year’s Vodafone Ghana Music Awards.

When asked  his chances of winning the Artiste of the Year award for the third time after grabbing it in 2010 and 2012 respectively, he remarked, “ 2014 was a great year for me and was equally a great year all the nominees in the category so everyone deserves to win it”.

The Pizza and Burger rapper is hopeful to win many of the awards he has been nominated for.