Noella Wiyaala, has been confirmed to perform at Queen Elizabeth II’s birthday party

March 27, 2015 ENTERTAINMENT NEWS, NEWS Comments Off on Noella Wiyaala, has been confirmed to perform at Queen Elizabeth II’s birthday party 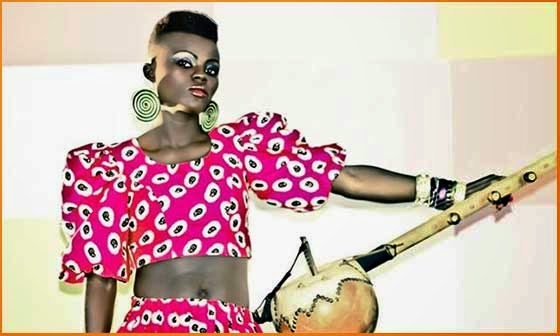 Ghanaian Afropop musician, Noella Wiyaala, has been confirmed to perform at the 89th birthday party of Queen Elizabeth II on April 21, 2015 in the United Kingdom (UK). This was announced on Thursday by the British High Commission through its official Twitter handle. The British High Commission also expressed their delight in hosting the sensational musician at the upcoming event. Wiyaala’s gig comes 5 years after popular Ghanaian group, Osibisa, also performed for the Queen live in The Front Room of the Queen Elizabeth Hall, London on February 27, 2010. Wiyaala, who came tops at the 2012 edition of Vodafone Icons reality show, won two 23.9-carat gold-plated trophies for The Most Promising Artiste in Africa and The Revelation of the African Continent at the maiden edition of the ‘All Africa Music Awards’ (AFRIMA) in Lagos earlier this year.Wiyala has been described by many as Africa’s fast rising Afropop Musician. The past few months have been a great one for the singer who together with her band signed an ambassadorial deal with Converse Shoes. Her theme song for the senior national team of the Blackstars during the 2014 World Cup hosted in Brazil was ranked among the best songs globally composed for the event. 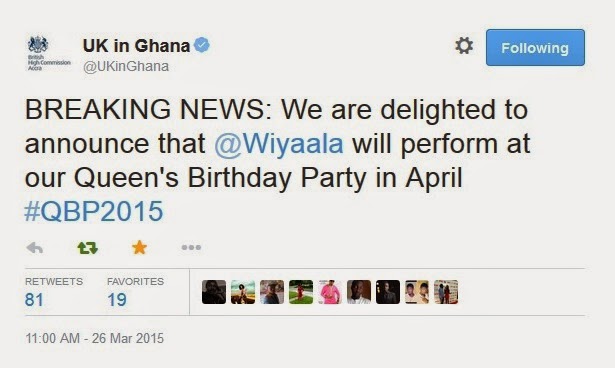 Since winning the Vodafone Icons reality show in 2012, the young songstress from the Upper East Region has captured a string of awards and citations including Face of Pepsi Ghana, Converse All Stars Brand Ambassador for Ghana, the Youth Achievers Award of the Upper West, Female Personality of the Year at the Sissala Prestige Awards, and Music Ambassador for the Upper West region. 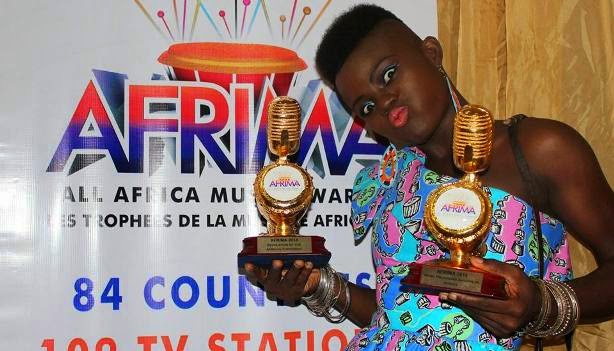 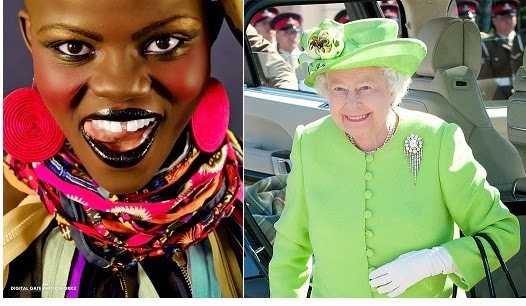