March 31, 2015 ENTERTAINMENT NEWS, NEWS Comments Off on MIX – MASTAGARZY- I derserve to be Awarded Producer of the year 2015 VGMA-Read More 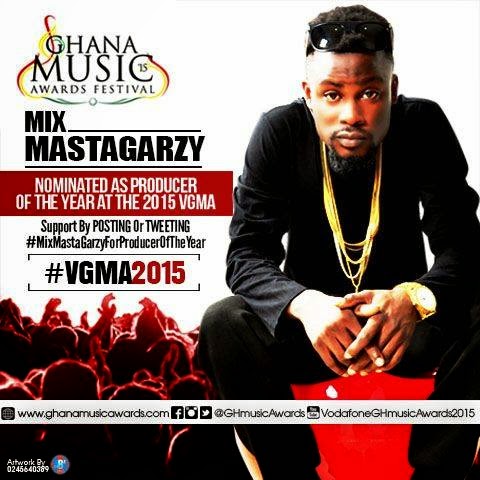 Music producer ( Mix MastaGazy believes ) to be awarded producer of the year 2015 VGMA,according to him,he believe that hard work pays and his level of producing quality music has reach the level for award wining ,as  far as VGMA is concern.I believe the Objectives of organizing the VGMA will be match to work ( To appreciate those working in the music industry who have released work(s) that have generated the most public excitement within a definite period of contention,as well as ( rewarding veteran musicians who have blazed the trail in the music industry.