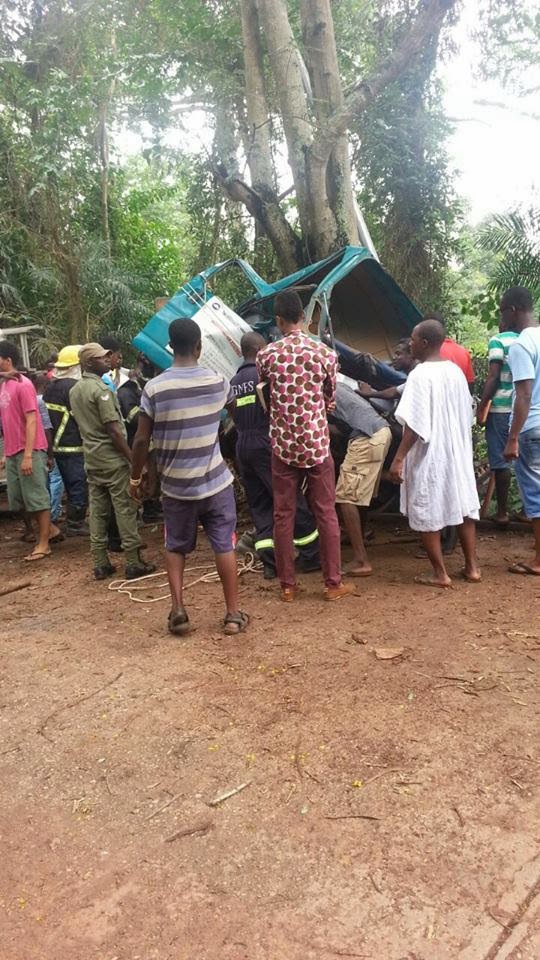 Information reaching to www.bigupsGH.com Media  indicates a female student of KNUST campus branch of the Redeemed Christian Church of God passed on when a mini-van carrying students crashed into a tree behind Brunei Hostel on Sunday (March 22, 2015) 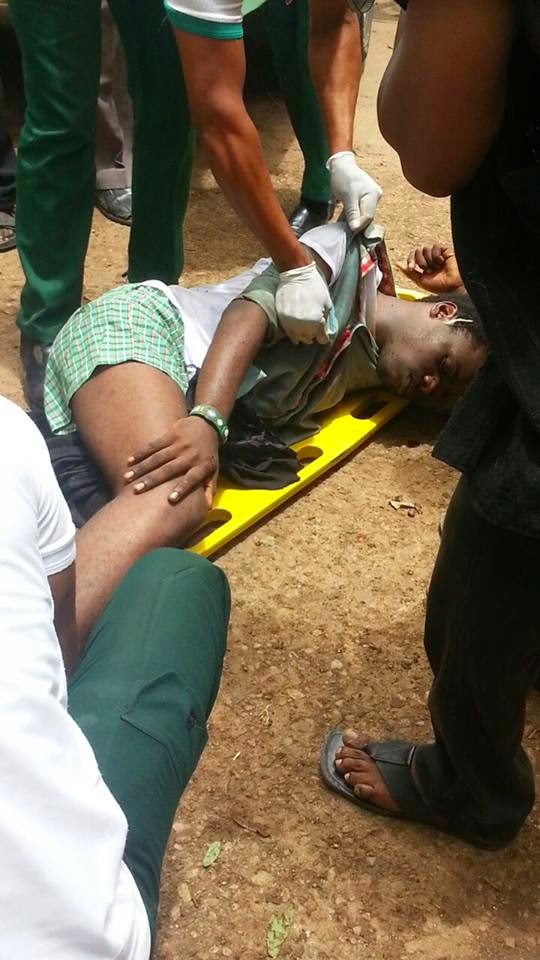 Two students of the Kwame Nkrumah University of Science and Technology (KNUST) perished in an accident yesterday afternoon when the bus on which they were returning from a church service skidded off the road and hit a tree.The two were members of the Ahinsan branch of the Redeemed Christian Church of God who were being conveyed back to campus from Ahinsan by a church bus.They included a female who died on the spot, while the other, a male, was pronounced dead on arrival at the hospital.
The accident occurred when the bus, which was descending a valley on the KNUST campus between the Katanga and the Brunei halls, skidded off the road and hit the tree.
So mangled was the bus that it took the assistance of the Ghana National Fire Service to use a chainsaw machine to cut through the metal to retrieve the injured.
Confirming the incident to the Daily Graphic, the Ashanti Regional Commander of the Motor Traffic and Transport Department of the Ghana Police Service, Superintendent of Police Mr Frank Abrokwah, said about 11 other members who sustained various degrees of injury had been rushed to hospital.
He said while eight of the injured were on admission at the KNUST Hospital, the others, whose conditions were critical, had been sent to the Komfo Anokye Teaching Hospital (KATH).
Mr Abrokwah said before the police got to the scene, some of the injured had already been conveyed to hospital, saying the police were yet to identify those who perished and the driver of the vehicle.
So far, he said, police investigations had shown that most of the victims were Nigerian students studying at KNUST.
When contacted, the Assistant Registrar of KNUST in charge of University Relations, Mr Baafour Dankwah, confirmed the accident but declined to give further information.
He said the university would soon issue an official statement on it.