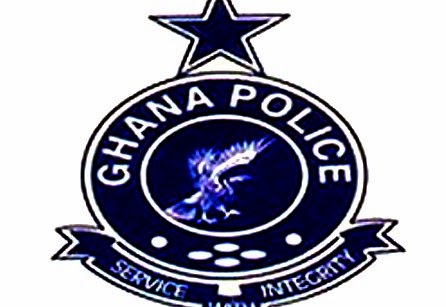 UPDATE ON POLICE INVESTIGATIONS INTO THE REPORTED RECRUITMENT SCAM/FRAUD The Ghana Police Service wishes to inform the general public and all its stakeholders that it has made a significant breakthrough in the investigation of the recruitment fraud which occurred on Saturday, 28th February, 2015. The Police Administration was surprised at the sophistication and magnitude of the fraud. We were, however, convinced that the new recruitment system, whose implementation began with the last recruitment exercise undertaken in 2014, would expose any attempts to corrupt the system. As it would be recalled, we therefore assured the public that we would do everything possible to establish the culprits behind this act. Accordingly, a Special Investigation Taskforce (SIT), under the direct leadership and supervision of the Inspector-General of Police (IGP), was set up to investigate the case. The initial investigations by the Taskforce led to the arrest of five (5) people, consisting of three (3) civilians and two (2) Police personnel at various locations across the country. This information has already been shared with the public and all our stakeholders. Further investigations by the SIT have uncovered evidence implicating the Director-General of Human Resource Development of the Police Service, and in line with the Police Administration’s Public Confidence Re-affirmation Programme and the relevant Police legal framework, the IGP has interdicted the officer as at 12.00 noon yesterday, the 6th of March, 2015. This action is also aimed at avoiding any interferences in the on-going investigation. The Police Service wishes to indicate that it is its new recruitment system that has exposed this fraudulent act. Also it is the Police Service’s Special Investigations Taskforce, under the direct supervision of the IGP that has started exposing this criminal act. The Police Service wishes to assure the public that the Taskforce investigations are still on-going, and for the integrity of the Service, and the hard work that it has done in recent times to ensure a complete paradigm shift in Policing in the country, it will leave no stone unturned in getting to the bottom of this case. Indeed, anybody, whether within or outside the Police Service, found culpable, will be made to face the law. We, therefore, urge the public to exercise restraint and wait for our regular updates on the investigations. SGND.                                      DIRECTOR-GENERAL/PUBLIC AFFAIRS DEPT. (DAVID NENYI AMPAH-BENNIN) DEPUTY COMMISSIONER OF POLICE.