Buju Banton Released From Prison And Deported To Jamaica ??

March 25, 2015 ENTERTAINMENT NEWS, NEWS Comments Off on Buju Banton Released From Prison And Deported To Jamaica ?? 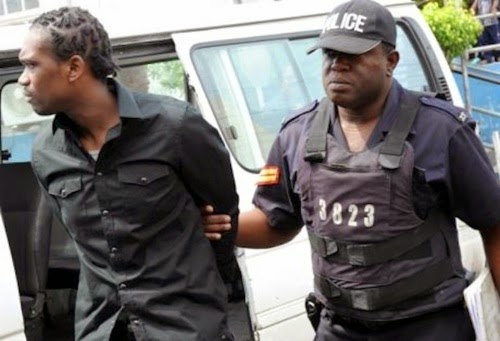 Imprisoned Reggae superstar Buju Banton has allegedly been released from a Florida prison and deported to Jamaica.

Efforts by dancehall superstar Buju Banton to get an early release from prison based on amendments to drug sentencing guidelines implemented recently, may be thwarted because the deejay has maintained his innocence since being arrested.

BigupsGH Media understands that Banton has asked that the court reduce his sentence and turn him over to immigration authorities so he can be deported back to Jamaica.He reportedly filed his own motion from prison asking to be released early under a recent change in federal drug sentencing guidelines, which the US Sentencing Commission decided would be applied retroactively to inmates.

The federal probation office in the Middle District of Florida has identified 1,748 inmates originally sentenced in Tampa on drug charges, as potentially eligible to benefit from the change, known as Drugs Minus 2.

Those defendants will not be eligible for release until November 1, 2015.In his motion, Banton argues he should be sentenced to 92 months in prison under the new guidelines. He said he has been “working in prison since his incarceration” and has “very good conduct” behind bars.

Banton, born Mark Myrie, is serving 10 years, the minimum mandatory sentence for his conviction on a charge of conspiracy to distribute cocaine.

The only ways to get around the minimum mandatory sentences would require defendants to cooperate with investigators or at least give a full confession to their crimes.Banton, who has steadfastly maintained his innocence, is unlikely to meet that requirement.

The Jamaica-born reggae star was convicted in February 2011, days after he won a Grammy award for his album Before The Dawn. He is scheduled to be released in 2019.