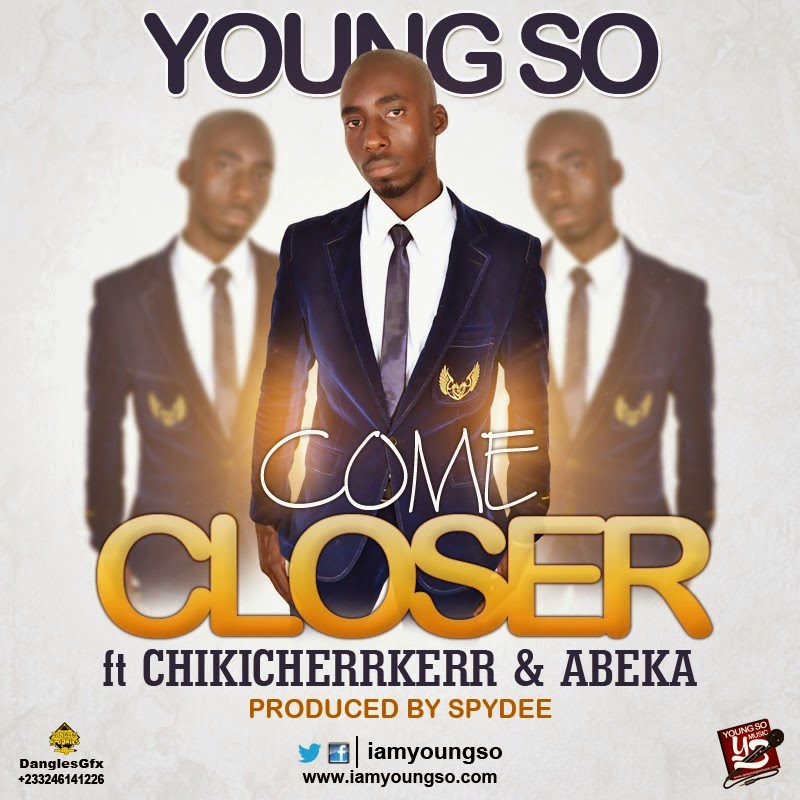 After the successful release of his last single “T3NT3L3BUT33L3”

in later part of the year 2014,which he featured Keche and Kofi Supremme,
Young So is back again with brand new single titled ‘Come Closer’ (Twe B3n Me) which features the MTN-Hitmaker Contestant Chikicherrkeer. Come Closer is a  Mid-tempo Classic as Kwaku Abeka  displayed his fantastic vocals on the melodious instrumental, produced by Spydee. Stay close to Young So Music as he has promised to release a series of song in 2015.
[Download]
Share