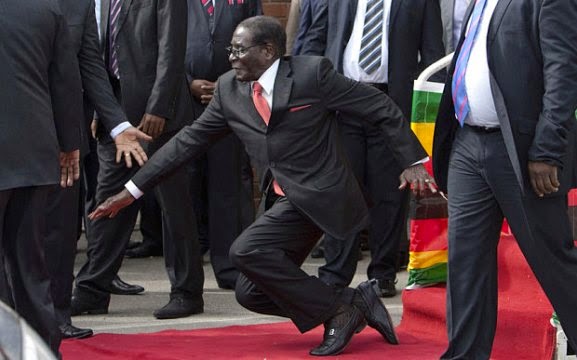 Zimbabwe’s President Robert Mugabe has fallen down a flight of stairs after addressing supporters in Harare. The 90-year-old leader was at Harare International Airport following his return from a trip to Ethiopia. Video shows Mr Mugabe tumbling to the ground before being helped to his feet by his aides. Photographers at the scene reported being forced to delete pictures of the incident by security staff. Mr Mugabe was elected as chairman of the 54-nation African Union during a leaders’ summit in Addis Abbaba last week. Watch the video below:  Posted by DWOMOH BRIGHT