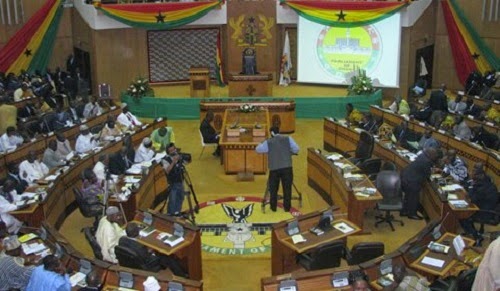 The Finance Committee of Parliament says it will investigate reports that some wealthy Ghanaians have stashed more than $89 million in a bank in Switzerland.

According to the Chairman of the committee, Mr James Klutse Avedzi, the investigations would begin as soon as the committee was able to obtain the full global report that had revealed that some wealthy Ghanaians had stashed cash in excess of $89 million in the Swiss arm of the British banking giant, HSBC.
The amount, said to have been stashed in several HSBC private accounts in Switzerland between 1988 and 2006, is believed to be taxable money which was not taxed.
Matter to be referred to Parliament
Mr Avedzi told the Daily Graphic that if the committee was able to establish a case of tax evasion, it would refer the matter to Parliament for the next line of action.

He also said the committee would solicit the assistance of the Ghana Revenue Authority (GRA), the Attorney-General’s (AG) Department and the Ministry of Finance to carry out its investigations.

The report, published by the BBC, also placed Ghana at the 106th position out of 203 countries with the largest deposits of dollars in the HSBC private banks.

Listed in the files are a range of former and current politicians from Britain, Russia, India and a number of African countries; Saudi, Bahraini, Jordanian and Moroccan royalty, and the late Australian press magnate, Kerry Packer.

HSBC admitted that some individuals took advantage of bank secrecy to hold undeclared accounts but that had now “fundamentally changed”.

The bank now faces criminal investigations in the US, France, Belgium and Argentina.

According to the report, HSBC helped wealthy clients across the world to evade hundreds of millions of dollars in taxes.

Thousands of pages of data were obtained by the French newspaper, Le Monde.

In a joint investigation, the documents have now been passed to the International Consortium of Investigative Journalists (ICIJ), the Guardian newspaper, Panorama and more than 50 media outlets around the world.

When the European Savings Directive was introduced in 2005 to regulate banking, the idea was that Swiss banks would take any tax owed from undeclared accounts and pass it to the tax authorities of the respective countries.

It was a system designed to catch tax evaders, but instead of simply collecting the money, HSBC wrote to customers and offered them ways to get round the new tax.

Notes in the files indicate HSBC workers were aware of clients’ intentions to keep money hidden from national authorities.

HSBC, however, has denied that all those account holders were evading tax.