February 25, 2015 ENTERTAINMENT NEWS Comments Off on Guru is Fake and Idiot For Stealing My Song -Pop Skinny – Read why 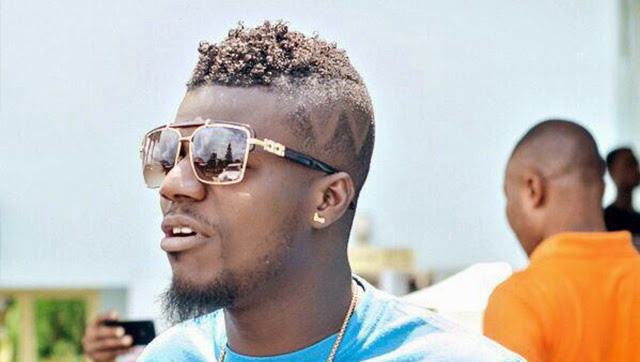 Pope Skinny is not happy this morning. The Hot Cake rapper took to his Facebook page to throw a few salvoes to fellow rapper Guru.

The rapper is accusing the rapper of stealing his song and disrespecting him.

“Very soon all the truth will come out. Fake people will be exposed soon, stealing songs to make a hit. Big example is Guru.guru is fake,p*## a** niggerr. He claims all the fetish priest and idols in his hometown they back him.idiot. you want war,you get war.you want beef am gonna cook one for you to eat. with all this cheap hitz you got you have nothing to show for. Don’t try me boy because I no see you self..

“Who the f#@% is Guru anyway. If the boy didn’t respect me as a big brother why should I respect him. He’s an idiot and fake. God hate fake people. Fake people are dangerous. If you wanna know the sh#t he did ask him not me. he knows what he did. He’s a madaf##**. My loyal fans will know the truth later. kwasia boy. Greedy idiot. I say what I wanna say cos I wanna say it. If you have a problem with that. It’s your own cup of tea. I respect alot.if u respect me,you will get that same respect back. But if you hate me don’t pretend. Because am not God.