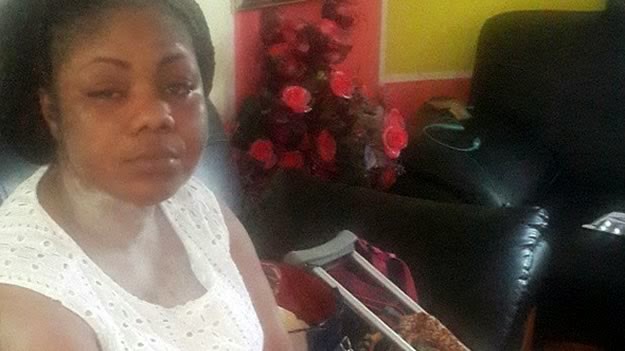 Gospel singers, Gifty Osei and Joyce Blessing were on e.TV’s The Late Nite Celebrity Show to talk music and life as gospel musicians.

Gifty Osei, recounting events in last October when a flight she was on landed due to an emergency, broke down in tears saying: “Sometimes it pains me a lot when unfortunate things happen to us celebrities and people jump into conclusion that we are looking for attention. It’s very painful when a serious issue happens and people think you are just seeking unnecessary hype.

After that incident, I was paralyzed for one and half months. I’m not exaggerating, I wentblind for two days and no one knows what happened to me but the media made it look like the suit I wanted to pursue was for sheer hype. They didn’t know what I was going through then.”

Joyce Blessing who was also a guest on the show confirmed; “I can testify that we met in Takoradi a few months after and when she spoke, you could hear and feel the trauma of the crash was still lingering in her.”

Gifty continued: “I was coughing blood and couldn’t talk. But through all these things, I use it as testimony. I want to take this opportunity to thank my husband. He has been my pillar.” She concluded.