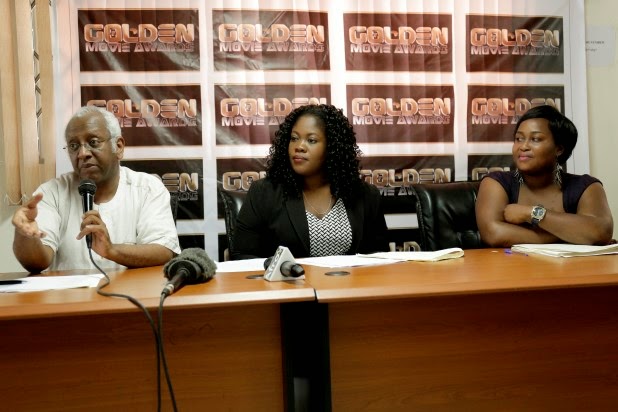 Golden Movie Awards (GMA) is a scheme that seeks to honour individuals in the African movie industry who have impacted and excelled greatly in the movie world under the year of review and has also embarked on humanitarian works throughout their countries.

It also seeks to influence the movie industry for great standards, to throw light on individuals and firms yearly by celebrating them. It is also an award scheme that seeks to build and grow the stakeholders through its capacity building programs and activities with its partners.

Speaking at the launch, Miss Esther Quayson, the Communications Director of the awards, said the awards is aimed at setting a credible continental standard of excellence by which the best actors in the movie industries of Africa may attain international acclaim through national recognition.

“Our intent in initiating the Golden Movie Awards-Africa is to set a credible continental Standard of Excellence by which the best actors in the movie industry of Africa may attain international acclaim through national recognition” she said.

This year’s edition is organized under the theme: Build your goal and protect the goal. She said “we believe everyone in life has a dream or let’s say goal, the first edition of the award will focus on building the stakeholders of the film industry in Africa through our developmental programs that we have developed with some of our partners. However in building your goal you need to have in mind the need to protect that goal.”
The Awards is expected to bring together more than 1,500 key film professionals, craftspeople and decision‐makers from across Africa, to honour, celebrate and promote the African, film industries.

Miss Andani, Country Director of Golden Movie Awards highlighted the role that the UNAIDS will be playing in the maiden edition of the awards. According to her, the production house to win the Production House of the Year at the awards will produce an HIV-themed movie with all the other winners to help the UNAIDS’ “Protect the Goal” campaign.

Before he officially launched the awards, Mr Girmay Haile, UNAIDS Ghana Country Director described the idea of having all the winners produce an HIV-theme movie as a “noble idea’.

Previous ‘No NSS certificate, no job’ – Employers told-Read More
Next Nigerian Actor,Hanks Anuku Says He intentionally Affected his Wife With HIV/AIDS-Read Why