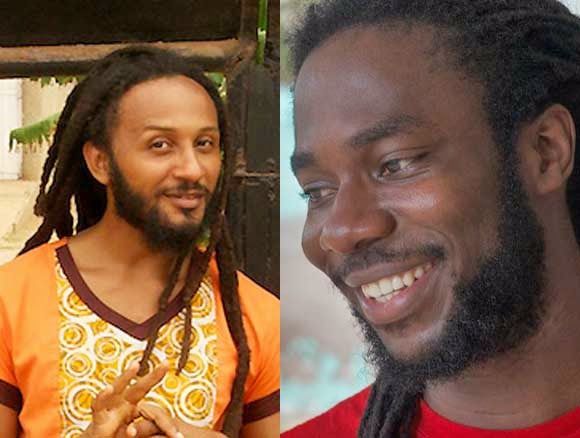 A member of music duo FOKN Bois, Wanluv the Kuborlo has disclosed a decision by the group for each member to release a solo album. Sharing what was new in their camp on Radio Univers’ mid-morning show, Brunch2Lunch, Kuborlor said M3NSA was done with his album and soon, the video will be out. “M3NSA just left for the United Kingdom, he was here for one month. He’s recording his new album called “Red Red”. He addresses ‘dumsor’ and many Ghanaian issues on this album. He is featuring Sarkodie, Sena and I. M3NSA is working on his album; I’m also working on my album which will come out on 6th March”.
When show host Abrantepa, asked if that implied the two are going their separate ways, Kuborlo responded, “If you are considering the album, then yes… momentarily; but M3NSA and I started rapping in Adisco. We released solo albums before coming out with ‘Cos Ov Moni’. Then I released ‘Brown Card’; he released ‘Number One Man Goes Free’. Then we came together with ‘Cos Ov Moni 2’. And now M3NSA is releasing his album; I will release my album. Then we will do ‘Cos Ov Moni 3’. So we break up and join again….we break up and join again. We are like  ‘dumsor’. The FOKN Bois is credited for producing the first Pidgen Musical Film in the World titled “Coz Ov Moni: and is noted for their eccentric ways of entertaining with ingeniously tasteful and shock lyrics.
POSTED   by DWOMOH BRIGHT
Source: OMG