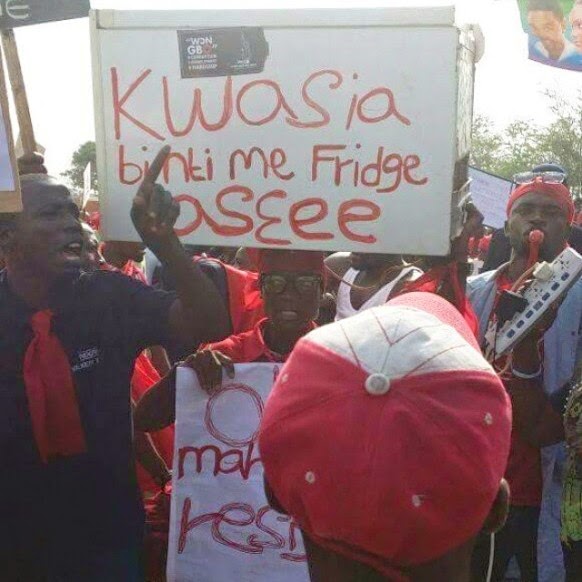 Several thousands of Ghanaians and supporters of the main ,opposition New Patriotic Party (NPP) are staging a demonstration dubbed ‘Wɔn Gbo’ (We’re Dying) demo.It is amazing to know that the opposition using a comment made by the general secretary of NDC,which stated KWASIA BINTI FRIDGE AS3E ! Which is been interpreted in Twi- Due to the cause of someones stupidity Fridge has Damaged !haha ,Funny Enough ! This demonstration is in reaction to what they call ‘the incompetence’ of the government in tackling the problems facing the country, especially the erratic electricity supply. From about 1,000 people converging at the famous Obra Spot at Circle for today’s planned demonstration, the number has increased to 10,000. Viasat1 News Online understands the road from Circle to Kingsway (Accra) is choked with demonstrators. Report reaching to us indicates that the 2016 flag-bearer of the NPP, Nana Akufo Addo has joined the demonstration. Watch Pictures Below .. 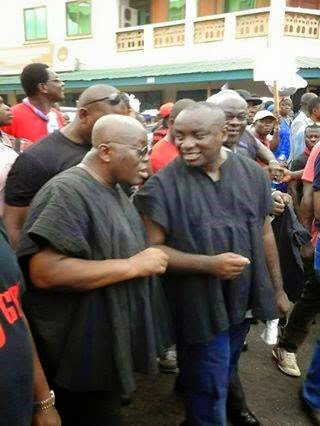 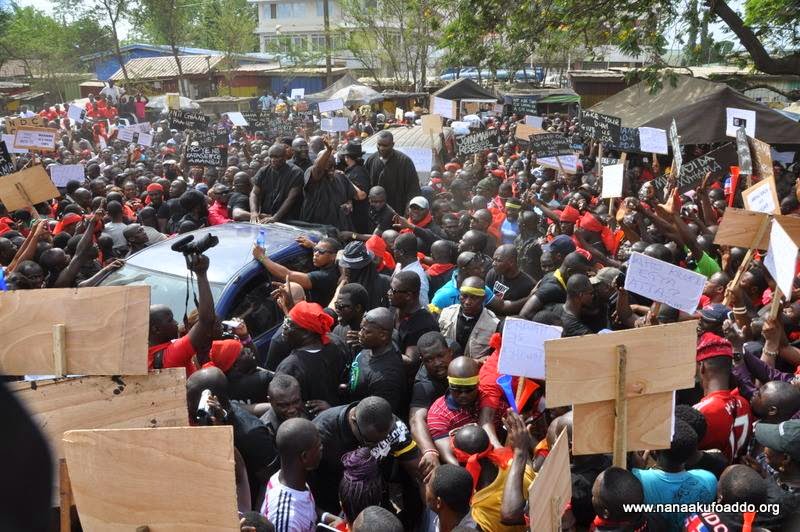 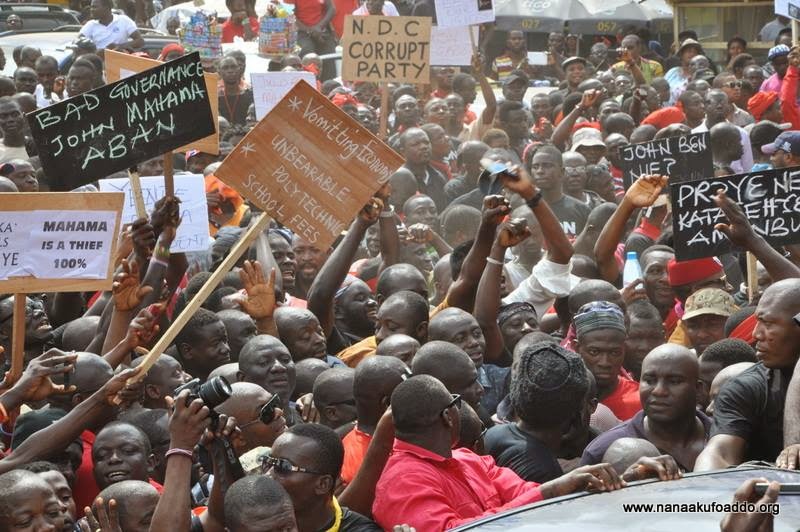 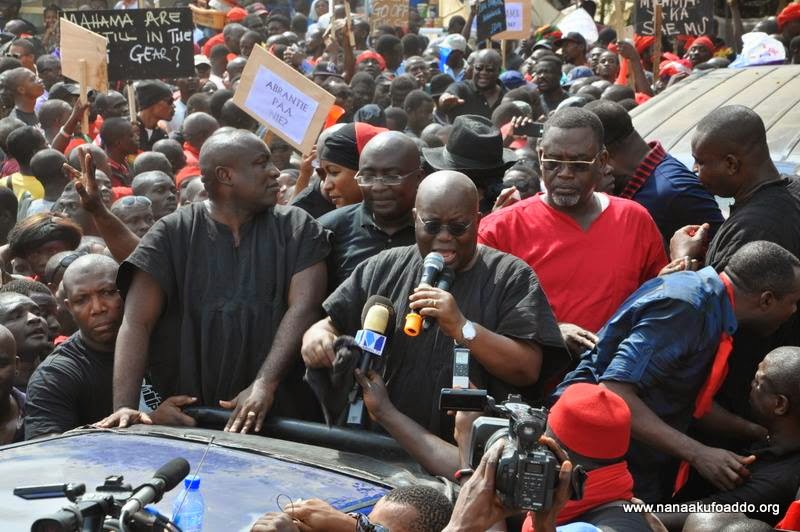 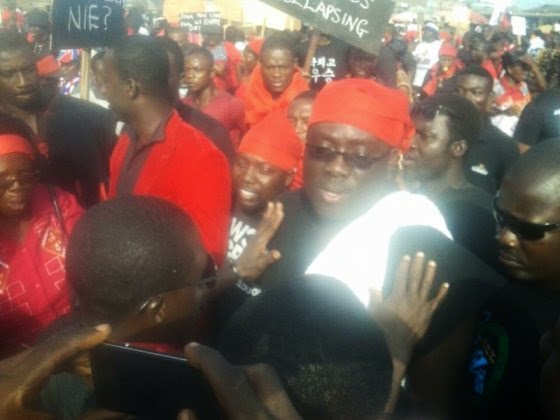 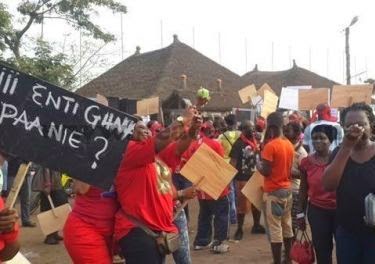 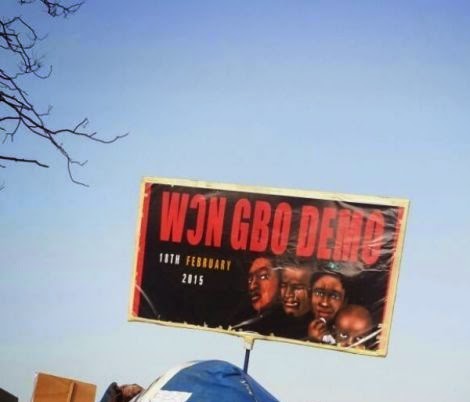 The demonstrators, clad in red and black outfits, left the Obra Sport at exactly 10 a.m. and are expected to  march through various principal streets of the capital.