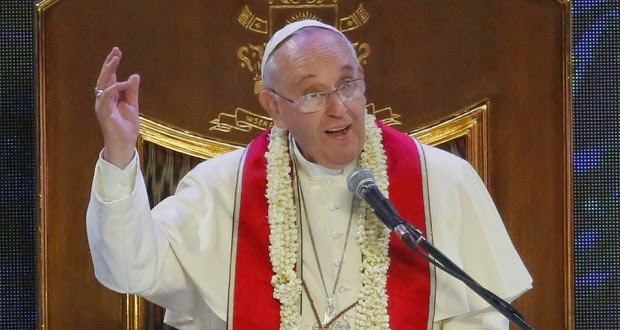 The Twitter accounts of United Press International and the New York Post were hacked on Friday afternoon, tweeting that the U.S. and China had begun a war at sea, and that Pope Francis had announced the start of World War III.

“BREAKING: Chinese anti-ship missile fired at USS George Washington,” the accounts tweeted. UPI followed that “report” up with the news that the U.S. navy was “engaged in active combat against Chinese vessels in South China sea.”

Neither of those claims, it seems, are true.

The UPI account then tweeted a photo of the Pope declaring, “World War III has begun,” followed by a tweet that said the Bank of America CEO had called for calm. 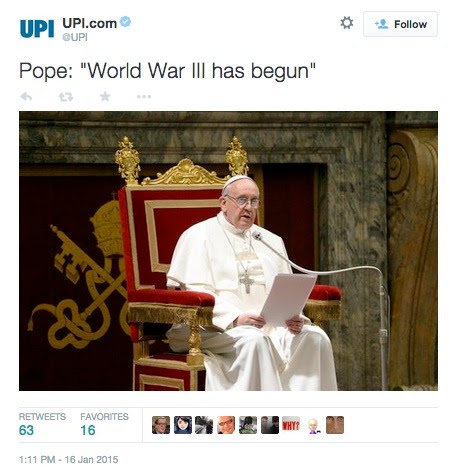 The Post, meanwhile, was actively deleting the tweets from its page.

“Our Twitter feed had been hacked,” he said. The claim was repeated on the Post‘s business-oriented Twitter account @nypostbiz, although it was later deleted, and replaced with more hacked tweets.

“Some Twitter accounts for UPI have been hacked. We are urgently working to resolve this issue with @support,” UPI tweeted from its U.S. news and photos accounts.

When The Daily Beast‘s Nancy Youssef told senior Pentagon staffers about claims that the U.S. and China were at war, they sarcastically replied, “Oh really? We are?”