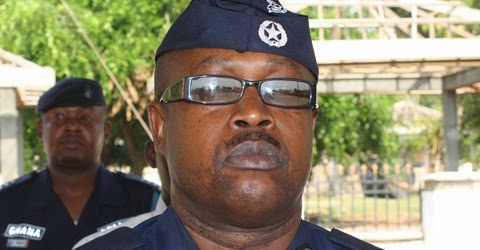 A former Deputy Minister of Interior under the New Patriotic Party (NPP) administration has rejected claims by the Ashanti Regional Police Commander, DCOP Kofi Boakye that he nearly lost his job as a Police officer when the New Patriotic Party (NPP) was in power.
DCOP Kofi Boakye has alleged that his work schedule which got him working closely with former President John Rawlings nearly cost him his job because he was perceived to have had alliances with the opposition National Democratic Congress (NDC) “NPP came to power and some of us were nearly sacked because there was that presumption that once I have traveled with the head of state before; because I traveled with Rawlings to Libya, once I was the lead Policeman whenever Rawlings is coming I am automatically NDC,” he said.

“Immediately NPP came to power I had to cease talking to him [Rawlings], completely,” he added.

Responding to these accusations on Eyewitness News, Nana Obiri Boahen corrected the fact that DCOP Kofi Boakye’s allegation was not the official position of the NPP led-administration.

“I don’t think that what he said a couple of weeks ago is the official position of the NPP,” he remarked.
The former Deputy Minister admitted that, there were some elements who called for the dismissal of DCOP Boakye and not the NPP government as whole.

He therefore argued that “there is vast difference between an official position of the NPP and individuals within the NPP who have expressed a different opinion about him.”

He said the Ashanti Regional Police Commander contradicted himself by saying that one Francis Poku who is also a member of the NPP was the one who helped secure his job in the Police service.

The former Deputy Interior Minister cautioned DCOP Boakye to be “very careful about these statements.”

He argued that it is unnecessary for him to “make brouhaha out of it because from Kofi Boakye’s argument, another activist of the NPP saved him from that dismissal so why do we make a lot of noise about this?”