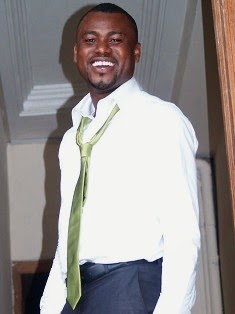 Gilbert Abeiku Aggrey popularly known as Abeiku Santana has disclosed that God has revealed to him that 2015 will see the downfall of several Ghanaian celebrities all because of ‘Tonga’.

The celebrated Ghanaian broadcaster and Marketing Executive disclosed this morning in an exclusive interview with Peacefmonline.com that even though 2014 was generally described as a bad year for the entertainment industry, 2015 could be worse.

According to Abeiku who is the CEO of Strategic Communications, most public figures will be in trouble and women will be the main cause of their downfall.

“God has revealed to me that this year Pastors, Politicians, Entertainers, Musician, Movie stars, Soccer stars, Radio and TV Presenters, public figures will fall into serious trouble which may end up in death all because of Tonga”.

Making references to great biblical men like Adam, David and others who fell because of sex as recorded in the Holy Bible, Abeiku Santana said women may always be a torn in the flesh of men if the latter does not tread cautiously.

“Adam, David and Samson in the Bible all fell because of Tonga. Ex-President Bill Clinton fell because of a woman or sex and Bill Cosby is going through hard times now because of women. In Ghana, look at what Tonga did to KKD, Elikem, Odartey Lamptey and just recently Kennedy Agyepong (Kenpong). It started in December 2014 and it is going to continue like that for the rest of 2015, if public figures including myself do not change our ways with women”.

“Even if you are living with a woman who you are yet to marry, just be careful and marry her or tell her the truth because Tonga will cause a lot of people so much trouble this year.”

The “Ekwanso dwo dwo” drive time host of Accra based Okay FM, intimated that it’s quite obvious that most women love to hang out with popular people and would only caution colleague practitioners to be cautious henceforth.

Abeiku Santana asked celebrities to either stay glued to their partners or keep off women. Three years ago, Abeiku Santana got married to his lovely wife Genevieve and describes her as “a gift from God”.