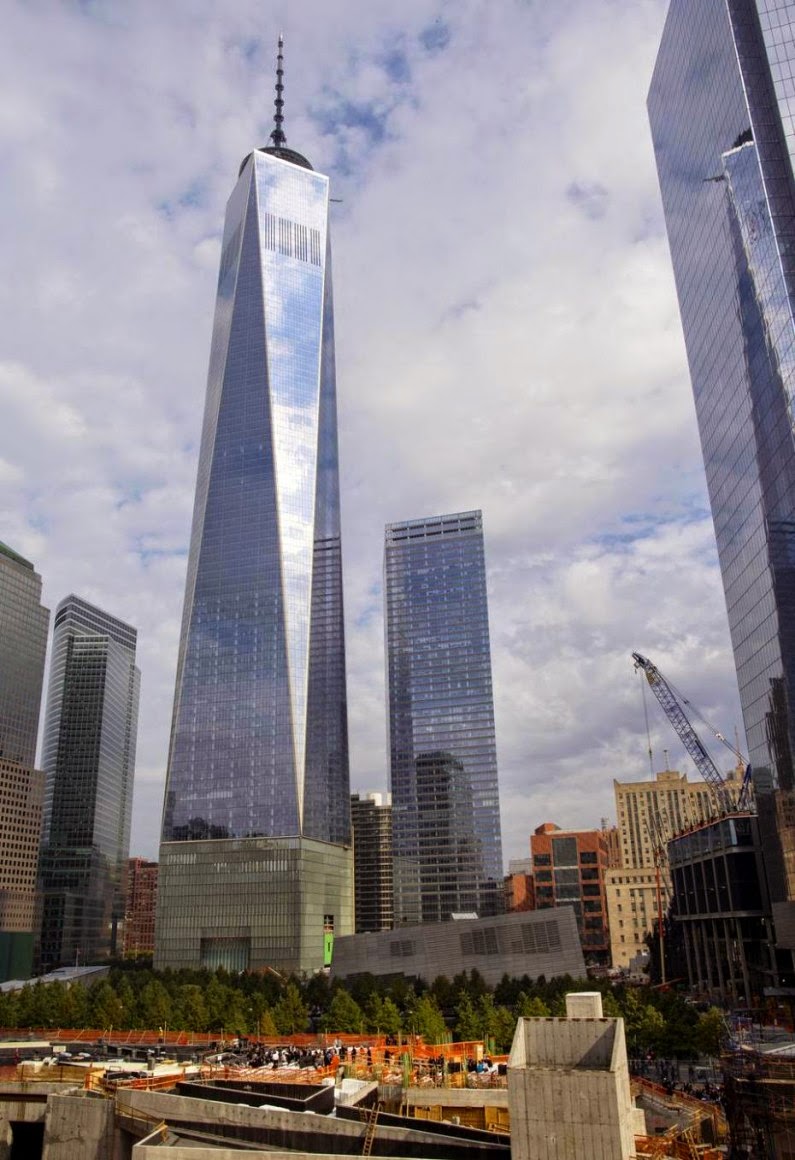 Thirteen years after the 9/11 terrorist attack, the resurrected World Trade Center has again opened for business — marking an emotional milestone for both New Yorkers and the nation.
Some staffers of publishing giant Conde Nast began working at 1 World Trade Center on Monday. The 104-story, $3.9 billion skyscraper dominates the Manhattan skyline. The publishing giant becomes the first commercial tenant in America’s tallest building.
It’s the centerpiece of the 16-acre site where the decimated twin towers once stood and where more than 2,700 people died on Sept. 11, 2001, buried under smoking mounds of fiery debris.
“The New York City skyline is whole again, as 1 World Trade Center takes its place in Lower Manhattan,” said Patrick Foye, executive director of the Port Authority of New York and New Jersey, which owns both the building and the World Trade Center site.
The agency began moving into neighboring 4 World Trade Center last week.
He said 1 World Trade Center “sets new standards of design, construction, prestige and sustainability; the opening of this iconic building is a major milestone in the transformation of Lower Manhattan into a thriving 24/7 neighborhood.”
With construction fences gone and boxes of office equipment in place, the company moved into what Foye called “the most secure office building in America.”
Prior to the move, Conde Nast addressed any issues employees might have had about moving into the tower. The architectural firm, T.J. Gottesdiener of the Skidmore, Owings & Merrill, says it took extra measures to strengthen the steel-and-concrete structure. It says it is a much stronger structure than the twin towers.
Only about 170 of the company’s 3,400 employees are moving in now, said Patricia Rockenwagner, a Conde Nast vice president and spokeswoman. About 3,000 more will arrive by early 2015 to fill five floors of the tower.
The building is 60 percent leased, with another 80,000 square feet going to the advertising firm Kids Creative, the stadium operator Legends Hospitality, the BMB Group investment adviser, and Servcorp, a provider of executive offices.
The government’s General Services Administration signed up for 275,000 square feet, and the China Center, a trade and cultural facility, will cover 191,000 square feet. 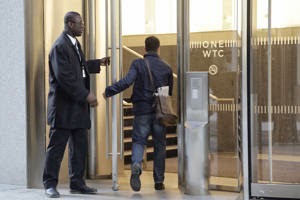 The eight-year construction of the 1,776-foot high skyscraper came after years of political, financial and legal infighting that threatened to derail the project.
The bickering slowly died down as two other towers started going up on the southeast end of the site: the now completed 4 World Trade Center whose anchor tenant is the Port Authority, which started moving in last week, and 3 World Trade Center, which is slowly rising.
The area has prospered in recent years beyond anyone’s imagination. About 60,000 more residents now live there — three times more than before 9/11 — keeping streets, restaurants and shops alive even after Wall Street and other offices close for the day.
Still, it’s a bittersweet victory, one achieved with the past in mind as the architects created 1 World Trade Center.
T.J. Gottesdiener of the Skidmore, Owings & Merrill told The Associated Press that the high-rise was built with steel-reinforced concrete that makes it as terror attack-proof as possible.
He said the firm went beyond the city’s existing building codes to achieve that.
“We did it, we finally did it,” he said.
CONTINUE READING….
Share