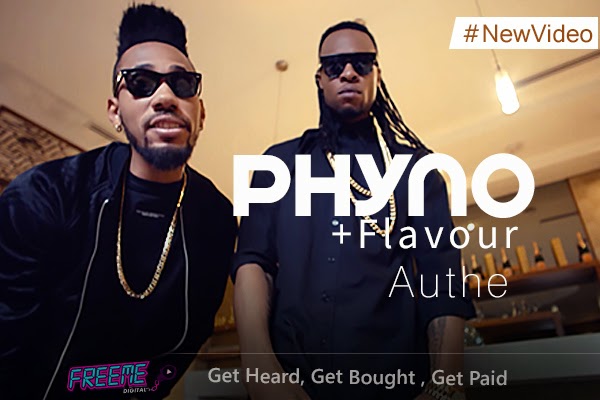 Phyno drops the VIDEO for his sweet nectarine sounding Authe ft Flavour.
After the huge success of Phyno‘s debut album – No Guts, No Glory, the Man of the year releases the video to Authe from the fully loaded album “No Guts No Glory”.
‘Authe’ is a typical Afrobeat tune in which he featured King of modern highlife music, Flavour N’Abania.
In keeping up with the quality he’s come to be known for, Phyno gets the renowned Clarence Peters to direct the video.
A series of high quality pictures flayed with beautiful, model-bodied girls swaying to the tune of the song, the Clarence Peters directed Authe VIDEO only depicts the message Phyno passes across in his authentic lyrics.