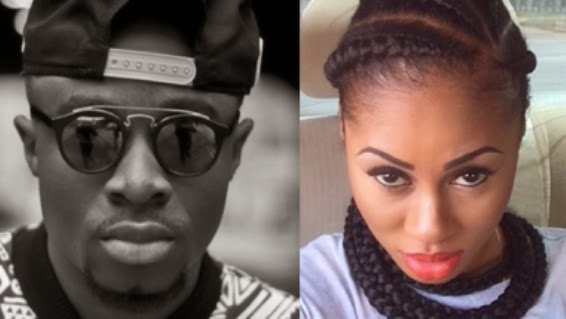 Ghanaian-born-UK-based Afrobeats sensation, Fuse ODG has disclosed that female musician, Itz Tiffany’s leaked nude videos will not affect their record label. Soloist Itz Tiffany, who is known in real life as Tiffany Owusu Hayden, signed onto Off-Da-Ground (ODG) Record Label in the United Kingdom which is headed by Fuse ODG on May 26, 2014. According to Fuse ODG, born Nana Richard Abiona, there is no way the circulation of her sexually-explicit videos will affect his label’s contract with the bubbly musician. He said this during an interview with Blakk Rasta on the Taxi Driver Show on Hitz FM. “The sex tapes will not affect the record label,” he said. The videos, which were recorded while the musician was legally married to Frank Kwame Gambrah, her ex-husband, went viral on social media a few weeks ago. Fuse ODG said Tiffany is human, an artist, and also a good friend, therefore all he can do is to support her in such trying times. “She’s an artist and a friend, I’m there for her as a friend so am trying to be there for her,” he added.