SHOCKING VIDEO-Woman pregnant with A Snake

November 20, 2014 BREAKING NEWS Comments Off on SHOCKING VIDEO-Woman pregnant with A Snake 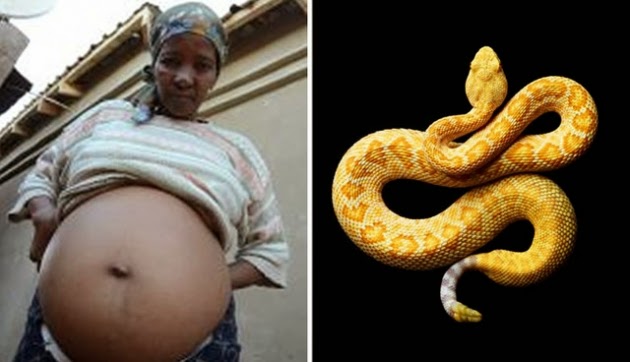 Maria Tsotetsi, a 49 year old woman from Johannesburg in South Africa, believed she was going to be a mother given that she had all the symptoms of being pregnant, imagine the shock she had when she discovered that what she had inside her womb wasn’t a child, but a snake.

It all began when Maria went to the hospital and the diagnosis was that due to blood loss she needed surgery, but because of her low income she could not afford it, and was only in the hospital for a few days, she received some medication and was sent home.
Her boyfriend back then, whom she had been with for 14 years, took her to see a witch doctor where she drank a potion, in the days after she became more ill and her teeth started falling out. Her boyfriend left her shortly after and since then she’s been alone, she blames the snake she has in her stomach and believes that the potion she drank was what put the snake in her.

Ntsimbi Ngema, another witch doctor from the region says “These things are done by jealous lovers, there is no way that Maria can get a boyfriend now given that anyone who has sex with her could die”.