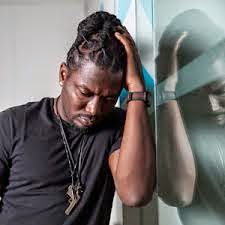 The Ghana police service has formally launched a war and campaign on illegal drugs nationwide.

The campaign is internally referred to as ‘code zero’. ‘Code zero’ is the brain child of the Ashanti Regional Police Commander, DCOP Nathan Kofi Boakye.

Rapper Kwaw Kese appears to be the first victim to be arrested under the Code Zero campaign. Kwaw was not lucky as he was whisked away while enjoying his stash at the popular ‘+2 pub’ in Kumasi last weekend.
Almost 72 hours after Kwaw Kese’s arrest, an arrest warrant has been issued for Ghanaian dancehall legend Samini.

In a statement intercepted by OMGGhana from DCOP Kofi Boakye’s office, the reason for Samini’s warrant is simply the name of his record label – High Grade Family, specifically the word ‘HIGH’.

“We believe he chose the name high grade to promote the use of marijuana to the youth of Ghana, and we [Ghana police] are not going to sit around and let him have his way, statement read. We understand Samini has been advised on several occasions over a possible name change, but he has turned deaf to those requests.”

Samini has until December 7 to formally change his label name or risk facing the court of law.

“A letter has been sent to the offices of the High Grade family with the stipulated date – December 7 as the deadline for Samini to take a decision on his label name.”

According to the police, they are taking action due to the alarming rate of marijuana usage amongst the youth of Ghana, and they are determined to leave our streets drug-free.

“Marijuana is illegal per the constitution of Ghana, as the law enforcement agency in the country, we are only doing our job as laid out in the constitution, so the public must not read any meaning into it” says Kofi Boakye.

OMGGhana was unsuccessful in reaching the High Grade Family for comments on the arrest warrant.

This story is an OMGGhana satirical piece, and it’s for entertainment purposes only!! The intent is to mimic articles found in the headlines, but believe us they are purely satirical.