Promzy Says He Was Sacked By Reggie Rockstone From V.I.P

November 25, 2014 ENTERTAINMENT NEWS, NEWS Comments Off on Promzy Says He Was Sacked By Reggie Rockstone From V.I.P 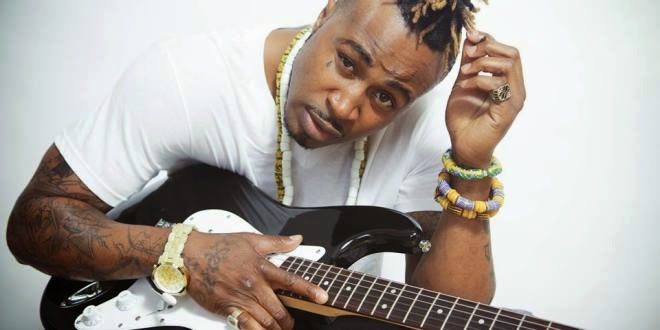 Reliable information reaching the Clock Newspaper indicates that Emmanuel Ababio known in showbiz circles as Promzy did not resign from Nima based hip-life group VIP (Vision In Progress) as was initially speculated.
Promzy who was part of the formation rocks of the award winning group said he was sacked by hip life grand papa, Reggie Rockstone. He is accusing Reginald Osei, Reggie Rockstone for masterminding the decision to sack him from the Vision In Progress (VIP) group he formed with his partners two decades ago.
Speaking in an exclusive interview with this reporter at the VIP hotel in Patase, Kumasi, Promzy narrated his part of the story for the first time to clarify the news that made headlines in showbiz circles a couple of months back that he had left VIP for personal reasons. Promzy established that he did not leave the group for personal reasons as it has been speculated in the media.
According to Promzy, everything was well with him and his “brothers” until Reggie Rockstone came into the picture, “we were cool and had made plans for a new project we were about to get underway only for me to hear that I had been replaced by Reggie” he noted.
Promzy, who could not hold back his tears during the entire period of the interview challenged his former group members to produce his resignation letter if they claim he resigned or left the group on his own, “where is the resignation letter, ask Reggie to produce the resignation letter that paved way for him to join the group” he said while shedding tears, insisting that the God father of hiplife was the one behind his fallout from the legendary hip hife group, VIP.
It will be recalled that sometime last year, it was highly publicized in the media that Promzy had left music group, Vision In Progress (VIP), after almost two decades of doing music with them for personal reasons. The group, also made up of Joseph Nana Ofori (Prodigal), and Abdul Hamid Ibrahim (Lazzy now Zeal) came out to confirm the news through their manager and consequently through interviews.
vvip.
VIP went commercial in 1998 and over the years has been one of, if not, Ghana’s best music groups. The group was founded by Friction (Musah Haruna) and an unnamed friend who later left the group for the U.S. to finish his education. Friction later assembled four young talented musicians, Promzy, Lazzy, Prodigal, Bone to form the group. Bone left shortly after that.
Friction, after VIP released their second album, left the group explaining he felt it was time for him to embark on a solo career.
The remaining members of the group, Promzy, Zeal, Prodigal, thrilled Ghanaians with several hit songs and scooping several awards but Promzy suddenly exited the group to the shock and dismay of Ghanaians.
This he said was masterminded by the hip-life grandpapa, Reggie Rockstone who officially joined the group some few months ago.
Source: Kester Aburam Korankye