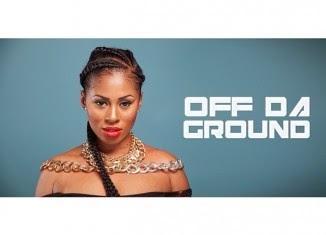 Female musician Itz Tiffany, born Tiffany Owusu, has condemned in no uncertain terms the circulation of sexually-explicit videos involving her and her ex-husband.

According the “Fake London Boy” hit singer, the unfortunate development is a desperate attempt by her bitter ex-husband to hurt her.
Two of the videos, she said, were recorded while she was legally married to her ex-husband (name withheld) and she is utterly shocked that the father of her only child would do such a disgusting thing.
Speaking exclusively on the matter on Rhythmz A-Z with Mamavi Owusu Aboagye Saturday on Joy FM, Itz Tiffany confirmed the authenticity of the videos.
“It is me. No denying about that a video that was shot six years ago with my ex-husband I was engaged to him, I have a child for him and sadly enough he has been able to keep the video for six years and wants to do what he is doing but forgetting that we have a baby together, he is just not disgracing me, he is disgracing himself [and] his family,” the bubbly musician lamented.
Itz Tiffany rendered an unqualified apology to Ghanaians and described the development as “sad” and “mad”.
She suspects the estranged ex-husband is releasing the videos because “we’ve been battling for custody of the boy for a while now, my son is in the UK. He has my son. There is a thin line between love and hate…but he told me he will do it but I never ever thought he will do it.”
The musician added that: “Funniest thing is that when the video was recorded you can tell we were laughing.”
She claimed that her ex-husband is not happy that she is leaving the marriage because of persistent abuses. She said she wanted to pursue a music career which he was not in support of.
Itz Tiffany alleged that, “he threatens me. He lets my son send me voice notes. I never ever in a million years thought that a guy that I have lived with, married to for seven years, carried your baby for nine months, pushed the baby out would ever do that; even if you are bitter about me, think about it in the next three-four years when you son is a big boy.”
She revealed that their son is currently with him in the UK and alleges that her son has been brainwashed to hate her.
The pretty ‘Neke Neke’ hit singer admitted that because she was married to him, she “wasn’t thinking” when he was recording the videos but now she leaves everything to God.

Itz Tiffany, who said she is currently single, hinted that she is taking steps to take legal action against her ex-husband.
keep reading ,and fellow up here