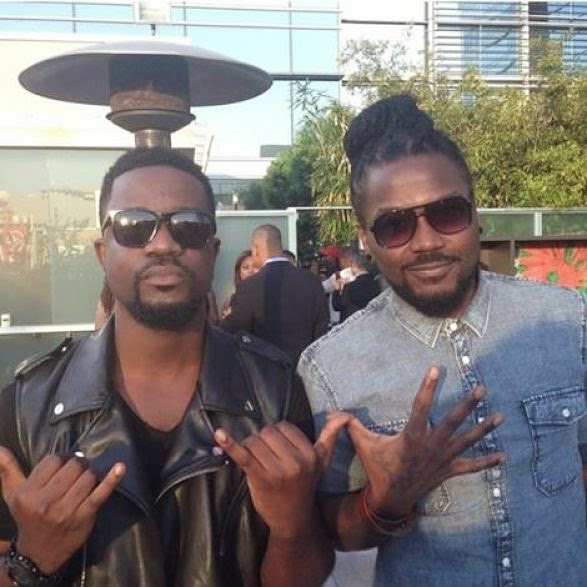 Ghana’s BET Award Winner, Sarkodie, has confessed that SAMINI remains the realest and the Dopest Reggae/Dancehall act from Ghana, according to TV3 Entertainment news.
Less than 5 days after Sarkodie released his joint track “Love Rocks” with Samini, the number have shot up exceedingly with thousands of downloads which both artistes can’t even keep up with the figures. The official video released on YouTube saw a whopping 15,000 views within 24 hours after it was released. In 5 days the video is almost hitting 50,000 views already.
Sarkodie and Samini have been sharing company since the last BET organized this year. It was obvious Sarkodie had no better replacement for the One Drop cut “Love Rocks” than Samini.
In a related story, SAMINI has been listed among 3 African artistes to share same stage with Sean Paul and others in a 243-list for the SXSW Concert 2015.
Keep reading