LISTEN HERE-FOKN Bois are useless to their families- D Black 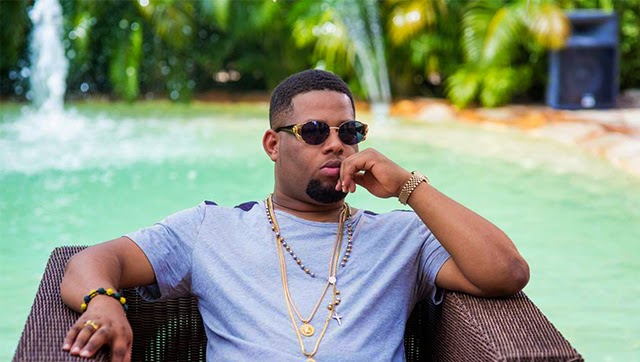 D Black is out and about promoting his Why Should I Get Married premier happening this Friday at the Silverbird Cinemas.
He was hosted by Giovani on e.TV’s The Late Nite Celebrity Show and addressed a few issues.
Touching on his protégé and Strawberry Ginger hitmaker Joey B, the rapper also known as Alhaji Kiti admitted:
“He is putting a lot of work out there. He is very good and a talented rapper. He is a better rapper than I am and better than most of the guys out there.”
On his deal with Ciroc which has moved from a brand placement to an ambassadorial deal, he revealed;
“I got six figures for that Ciroc deal.  It feels good because in Africa I’m the third person to be signed. There is Banky W, another artist from South Africa and I am representing in Ghana.”
Answering Giovani’s question on controversial acts FOKN Bois picking on him on social media, he quipped:
“Nothing, I’m too grown for that. These people are like ten years older than I am. Instead of focusing on the future and taking care of their families, they are making useless banter. It’s fun and everybody is doing their thing.”
The Late Nite Celebrity Show is on e.TV every Monday, Wednesday and Friday at 9.30PM.
SOURCE; YFMOnline
Share