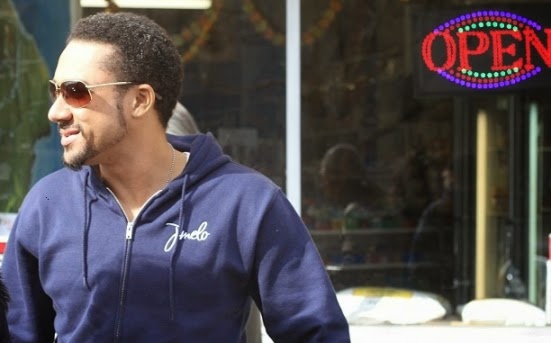 A 37-year-old Nigerian has been arrested by the La Police for impersonating actor Majid Michel and trying to defraud a US-based Ghanaian lady.

The Nigerian, Kelvin Ogodogu, was arrested Saturday night through the help of some of his neigbours in Kosoa in the Central region, Myjoyonline.com reports.

Mawuli Akpabi, a friend of the actor told the website that the Nigerian, posing as Majid Michel on Facebook, solicited funds from unsuspecting persons.

Kelvin, had told the lady, whose name was given as Ikay, in the US that he will be burying his mum soon and badly needed financial assistance to do that.

The lady, believing that she was chatting with the actor, agreed to transfer an amount of $5,000 to the imposter but an accidental meeting with Majid in the US brought to light the fact she was rather dealing with an imposter.

The actor, who was worried about the development, set up a surveillance system in Ghana where the lady was urged to still deal with Kelvin.

The suspected fraudster was arrested by neighbours who had been alerted by the police after he made attempts to retrieve a $1,000 sent by Ikay.

Kelvin admitted to the Police that he had been defrauding unsuspecting persons in the name of the actor for the past two years.

He is expected to appear before the La Dadekotopon Municipal Assembly (LaDMA) Magistrates’ Court in Labadi Wednesday, November 19.

Previous I AM NOT DATING HIM” – YEMI ALADE DISPELS RUMORS OF A HAVING ROMANTIC RELATIONSHIP WITH HER MANAGER
Next SHOCKING: ANOTHER FEMALE KIDNAPPER SET ABLAZE, graphic photos