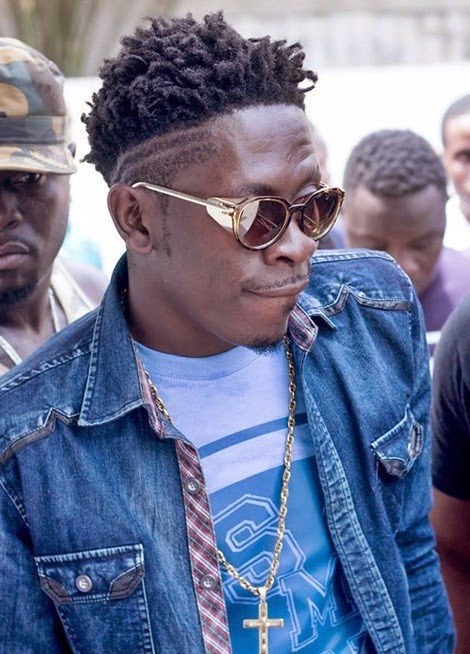 The fate of dancehall artiste, Charles Nii Armah Mensah Jnr, popularly known in showbiz as Shatta Wale, is in the balance as Charter House Ghana has refused his overtures to go throughAlternative Dispute Resolution (ADR) over his GH¢10 million defamation suit.
Shatta Wale had filed a motion that would enable the Musicians Union of Ghana (MUSIGA) to amicably solve the matter between him and Charter House instead of battling the case in court.
But briefly after the hearing of the case at an Accra Fast Track High Court yesterday, counsel for the plaintiffs, Egbert Fabille Jnr, told journalist the case would go the full hog and that CharterHouse is not in for an out-of-court settlement.
While wondering why Shatta Wale is now afraid of the court, Mr Fabille Jnr said Charter House prefers that the matter be solved to its logical conclusion at the court.
The case was adjourned to Monday December 1, 2014.
Charter House and Mr Iyiola Ayoade, CEO of the company, had sued the reigning Ghana Music Awards’ Artiste of the Year for a series of what they said are defamatory videos he (Shatta Wale) had uploaded on social media site, Facebook, on September 23 and September 24.
As a result, the court presided over by Naa Adoley Azu recently granted an order from the plaintiffs restraining Shatta Wale from making further defamatory remarks about events outfit Charter House.
They are consequently petitioning the court to awardGH¢10 million as damages for the defamatory comments made in the four videos that the artiste had uploaded on his social media platform.
The plaintiffs, among other things, are asking the court to order Shatta Wale to record and upload four different videos, render “an unqualified apology and [a] retraction of each of the four videos, whose terms would be approved by the Plaintiffs prior to the recording and uploading on his Facebook page.”
Charter House and Mr Ayoade are also asking the court for an “order of perpetual injunction retraining the Defendant, his agents, hirelings, manager(s), privies and assigns or any person through him and howsoever described from making and/or repeating the defamatory statements or similar statements in the nature of the ones complained in the video recordings.”
Source: Daily Guide
Share