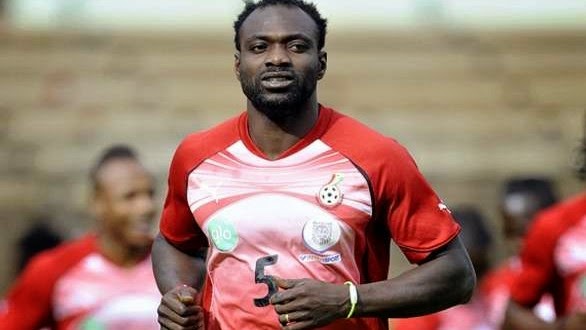 After legally parting ways with former wife, Henrietta, the former Black Stars captain begins a new love life when he performs the traditional rites on Saturday. Former Ghana captain, John Mensah hopes to finally put the disappointment of his previous marriage to bed when he does the traditional ‘knocking’ for his new found love come this Saturday, November 15, according to the Graphic Sports. Mensah who successfully divorced from former wife and mother of his kids, Henrietta earlier this year following a protracted court battle, is reportedly keen on beginning the new phase of his life with the lady whose only available name for now is Mimi. The venue for Saturday’s ceremony still remains scanty but sources close to the former Ghana defender have indicated that the traditional ceremony which is usually referred to as engagement and preludes the real wedding ceremony which accordingly will take place at a later date, possibly Mensah’s birthday of November 29 which is exactly a fortnight later. Mensah who last played for FC Nitra in the Slovakia Super Liga and former wife, Henrietta divorced in January this year after about 12 years of a relationship that produced four children.
The protracted marriage ended up at the law courts whose final verdict instructed that John Mensah pay Henrietta a severance package of GH¢150,000 instead of the overly huge $500,000 she had demanded. The footballer who played at both the 2006 and 2010 FIFA World Cups as well as the English Premier League, French Ligue 1 and Italian Serie A was also instructed to pay a certain amount every month for the upkeep of the couple’s offsprings. Now the 31 year old looks set to finally put it all behind him and begin a new married life this weekend when he officially acquires new love, Mimi. – Source: Allsports.com