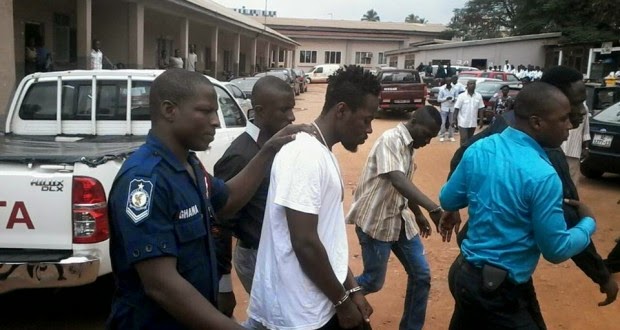 The court ordered earlier today that the embattled musician be remanded after being charged with unlawful use of a substance suspected to be marijuana. Kwaw was arrested over the weekend at a spot close to the popular ‘+2 Pub’ in Nhyiaeso, Kumasi and was arraigned before court on Monday.

His counsel, Nana Kwasi Boaitey, argued that the speculation by the police that the substance was Indian hemp was not enough for court to deny the accused bail.

The court has deferred ruling on the bail application to December 8, 2014.

Previous Islamist Murdered 28 because they weren’t Muslim
Next Promzy Says He Was Sacked By Reggie Rockstone From V.I.P