It’s been a rough ride.service to God is not easy – Ofori Amponsah

November 7, 2014 ENTERTAINMENT NEWS Comments Off on It’s been a rough ride.service to God is not easy – Ofori Amponsah 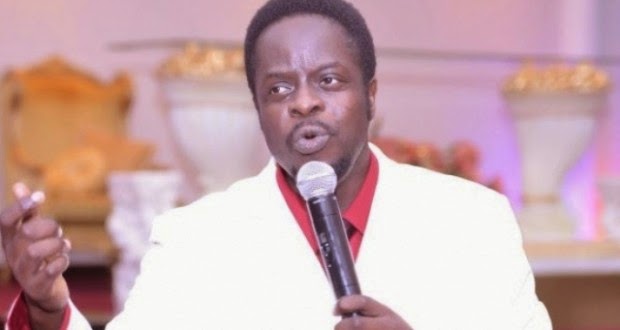 When Ofori Amponsah decided to turn his back on a lucrative secular music career to become an evangelist, he had perhaps not anticipated a tough, rough ride. After all, men of God are supposed to be prosperous and have things going easy for them.
However, like the story of Saul who became Paul in the Bible and faced many challenges, Ofori Amponsah has admitted that “It has not been easy; it has been a really rough ride for me.”
From being the favourite in most homes and among teeming fans, the once vibrant Ofori Amponsah aka Mr All4Real, said he has had to deal with rejection from many people because they still do not believe he’s turned over to Christ.
“I have faced a lot of rejection from people. Many are finding it difficult to accept that Ofori Amponsah is truly doing the work of God, but, this is a calling that those who have known me for a very long time are not surprised about.
“I have been born again since 1995 and even pursued a pastoral course at the time but I had to take a detour to chase interests. I am, however, very happy to be back to the vineyard,” he told Showbiz at his Ofankor residence last Tuesday.
The Emmanuella singer has stood his grounds and insists, such difficulties were not enough to deter him from serving God wholeheartedly.
The Otoolege hitmaker is very hopeful that his new journey in Christendom will “yield good fruits” when the time is due, because he does not believe in the “this is beyond me” opinion.
He said that such a conviction helped him to succeed in an industry that already had great talents such as Daddy Lumba and Kojo Antwi. “ I was able to shine in the face of the stiff competition. People initially doubted my capabilities back then. They wondered if I could make it and I showed them what I was made of.
“ Today, Ghanaians are witnesses to the impact I made which is not important to me anymore. Those were the times when I talked about the kind of love that healed marriages but now, I want to talk about a greater love that will bring people to God for the rest of my life”.
Touching on fame, Ofori said, “It can kill. It gives you access to places you ordinarily wouldn’t dream of. You think you have the power to do everything and that is where the danger is”.
Since he came out publicly as a born again and said goodbye to secular music, many people have read different meanings into his decision. Paramount among them is the assumption that the Sardine singer turned to God because his music career hit the rocks and he needed another avenue to make money.
Ofori laughs this off saying, “I know how and where to get money. This is not just a decision I took in a day. I decided to do this a long time ago and when it was time for me, I adhered to the calling.”
Like Paul, Ofori Amponsah says his focus is on heavenly reward and hopes he will be able to work hard in God’s field, to deserve that reward.
For now, the evangelist who is managing his “flock ” as well as his educational facility, Faithful Child Academy at Ofankor, is hoping the strong tides in his Ministry will soon be calm.
He came to prominence when he featured on Daddy Lumba’s Wo Ho Kyere and released his debut album, Asew, in 2000.
–
Source: Graphic.com.gh
Share