Islamist Murdered 28 because they weren’t Muslim

November 24, 2014 BREAKING NEWS Comments Off on Islamist Murdered 28 because they weren’t Muslim 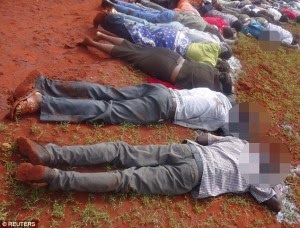 Islamic Shebab extremists ambushed a bus in Kenya before executing 28 non-Muslims at point-blank range in a revenge attack for police raids on mosques in the troubled city of Mombasa.

The heavily-armed gunmen ambushed the bus early this morning as it headed for Nairobi from Mandera, a town that lies on the border with Somalia.

The extremists reportedly separated the Muslims from the 28 victims by forcing them to read versus from the Koran. Those that failed were shot in the head at point-blank range.

After the ambush, a Shebab spokesman said the ‘perishing of the crusaders’ was in retribution for last week’s raids ‘against Muslim brethren’ in Mombasa, which heightened tensions in the city.

The death toll – which included 19 men and nine women – was confirmed by Kenya’s Red Cross, which said it was attempting to retrieve the victims’ bodies from the scene.

Regional police chief Noah Mwavinda also told AFP. ‘I can confirm… that 28 innocent travellers were brutally executed by the Shebab.’

Some 60 passengers were on board the bus when it was seized by the gunmen.

Gunmen waved down the bus before spraying it with bullets when it did not stop. They then shot a rocket-propelled grenade at the vehicle, before commandeering the bus off the road .

They ordered the passengers to get off the vehicle before separating the travellers into Muslims and non-Muslims. The militants then ordered the non-Muslims to reboard the bus.

But when the bus got stuck in the mud, the group of ten militants trooped the prisoners outside before carrying out the executions. They then fled to Somalia.
One passenger told the BBC that the victims were shot in the head at point-blank range after being forced to read verses from the Koran.

Three people who were due to be killed were reportedly spared after managing to successfully recite some of the verses.

Ahmed Mahatsaid: ‘When we got down, passengers were separated according to Somali and non-Somalis.

Some of the dead were public servants who were heading to Nairobi for the Christmas holiday.

He said: ‘Preliminary reports indicate that the attackers, who were heavily armed, later fled towards the border into Somalia.’

After news of the incident broke out, the Red Cross said the response team was with security personnel at the scene in an attempt to retrieve bodies from scene. 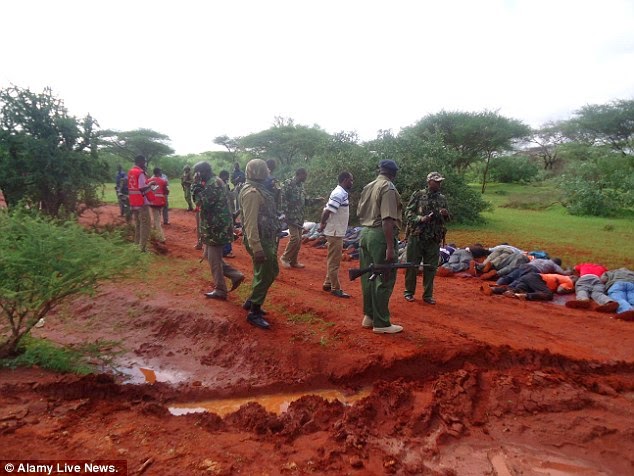 It later said a helicopter had arrived at the scene to take the bodies to Mandera County Hospital.

But a shortage of personnel and lack of equipment led to a slow response by police when the information was received.

Two officers told how the attackers had better weaponry than the police who waited for military reinforcements before responding.

I can confirm that 28 innocent travellers were brutally executed by the Shebab
Regional police chief Noah Mwavinda
The executions came after one person was shot dead and more than 350 people were arrested as Kenyan security forces raided mosques in Mombasa.

The raids raised tensions in a city that has already been hit by a string of bombings and shootings.

During the raids, the officers seized weapons and found black Islamist flags like those flown by the Shebab in the raids.

Then, on Monday, four people were stabbed to death in apparent revenge attacks, which saw gangs took to the streets before beating and knifing their victims.

Talking about today’s killings, Ali Mohamud Rage told AFP: ‘The Mujahedeen successfully carried out an operation near Mandera early this morning, which resulted in the perishing of 28 crusaders, as a revenge for the crimes committed by the Kenyan crusaders against our Muslim brethren in Mombasa.’

Kenya has suffered a series of attacks since invading Somalia in 2011 to attack the Shebab, later joining an African Union force battling the Islamists.

The Shebab carried out the September 2013 attack on Nairobi’s Westgate shopping mall, killing at least 67 people. They said it was a warning to Kenya to pull its troops out of southern Somalia.

During the Westgate attack, some of the victims were killed after the gunmen weeded out non-Muslims for execution by demanding they recite the Shahada, the Muslim profession of faith.

The Shebab has lost a series of key towns and ports to the AU force and Somalian government army. The advances are said to stem the militants’ multi-million dollar business trading charcoal to Gulf countries.

But in a recent report, UN investigators warned that the air and drone strikes on the militia have done little to damage it in the long term and that the insurgents continue to pose a serious regional threat. 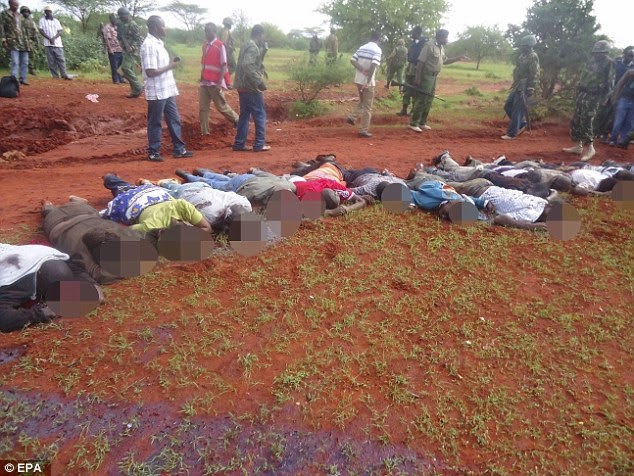 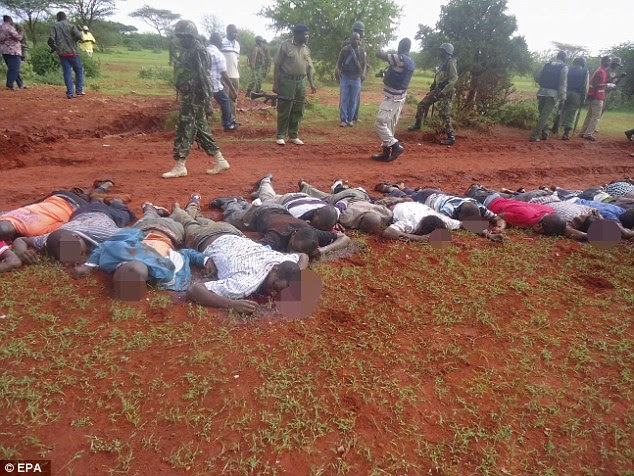 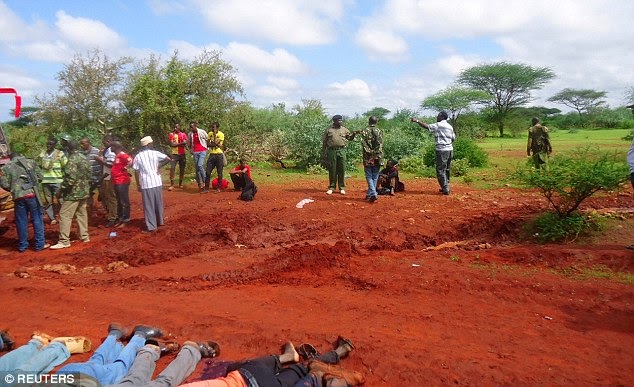 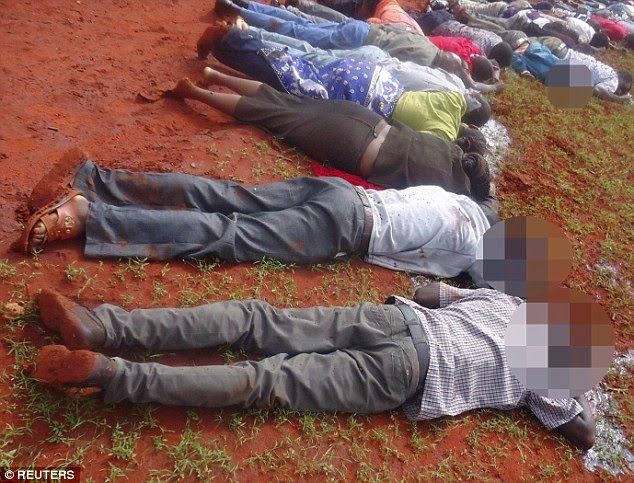 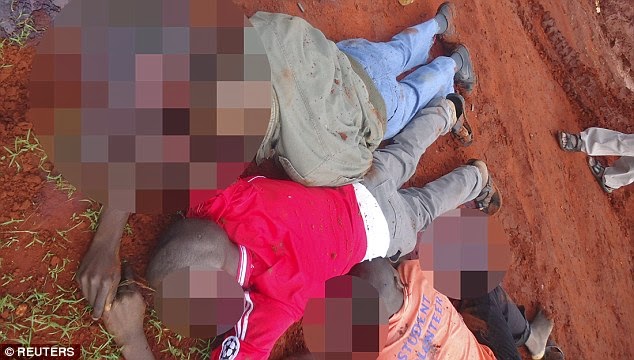